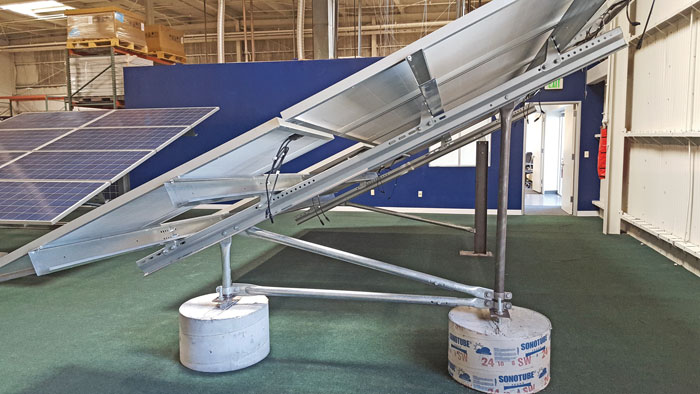 The “link” in SunLink used to just refer to its racking system, seen here.

To understand where the solar industry is about to go over the next five, 10, 20 years, one might look at the tech industry. Fall down this rabbit hole for a minute: Technology companies started by producing their products and selling those products to customers. IBM, for example, made computers. But over time, the technology and industry evolved, and so to did the value proposition of what those tech companies were offering. Suddenly, instead of supplying a widget, the industry is full of solution and service providers. IBM now provides solutions to banks or manufacturers or whomever to better their business.

And really, this model works. The solar industry reduced overall costs enough that the average price of installing solar has dropped by more than 50 percent over the past five years. But with the shadow of the ITC looming over the coming year, and concerns about how to make up that potential 20 percent gap, well, more all-in-one solution providers might make sense.

This is the vision SunLink CEO Michael Maulick has for the solar industry, which is influencing the plans he has in store for SunLink. We discussed all of these plans during our visit to the company headquarters in San Leandro, Calif.

“Think about microprocessors and how quickly they grew and ramped up and doubled in price performance every 18 months,” Maulick says. “If you do that same curve for solar, it is moving at a snail’s pace. That tells me something because there’s no doubt it’s the right thing.”

The name SunLink perfectly, and unintentionally, embodies this transition. The “link” in SunLink, at the beginning referred to how its products functioned — SunLink was a racking manufacturer and its products linked together. But now as the company looks ahead that “link” points to its complete services offering that connects project components that are often handled by disparate third parties.

These services start with PowerCare, its department that handles engineering, project management and field service management. The capabilities of PowerCare have recently been expanded to include StrongLink installation and SureLink operations and maintenance services. 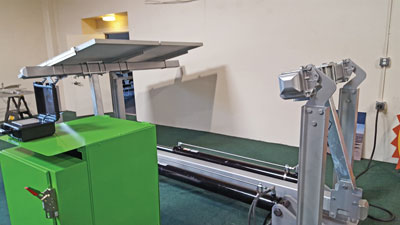 StrongLink includes the full-range of turn-key installation services, including geotechnical/pre-project pull testing, post driving, on-site ballast casting, prepanelization, mechanical installation and/or module installation. So, why turn to SunLink to handle these tasks vs. other subcontractors? Essentially it’s the old “too many cooks in the kitchen” argument. A simplified process with fewer parties involved could benefit the developer and the manufacturer. Utilizing the services under the PowerCare umbrella provides one team formulating a plan and executing it with a standard product line. Miscommunication is mostly eliminated. And hey, maybe a developer can take on additional projects now that project hassles and risk are reduced.

Customers are assigned a dedicated project manager who serves as a single point of contact capable of facilitating:

“For the installers and the EPCs, we want to provide a solution that makes their job easier, more efficient and move further up the food chain,” Maulick says. “Sometimes that will get misconstrued as replacing them, but that’s not the intent. We want to make an installer go quicker and maybe charge and do more.”

SureLink then covers the end of the line, with a combination of on-the-ground O&M services and software diagnostics with remote capabilities. A key component that links (couldn’t help myself) the SureLink suite of smart device applications is a more robust tracker technology that the company acquired from ViaSol Trackers. For example, the same diagnostics app that commissions and remotely controls the trackers will also trigger smart maintenance alerts should performance issues arise.

Side note about the tracker: Its controller box can include storage capabilities that would further reduce BOS costs.

There’s also SunLink’s original specialty — the mounting product line. A notable element here is the flexibility that allows for multiple foundations within a single system. During installation, if you have been using all helical piles, but then run into an issue, just swap in a cast-in-place in that spot.

SunLink is investing significant human and financial resources in response to the industry’s need for solar energy stability and the even more pressing national and global demand to reduce grid-related security vulnerabilities.

SunLink Corp. announced the addition of James Ray as vice president of software engineering. Ray brings a wealth of experience from the financial security space and will play a big role in expanding the suite of PowerCare services, including intelligent, next-generation SCADA solutions built for electrical grid security, manageability and stability that represent a convergence of proven technologies and industry innovation.

That leads to the last link Maulick shared with us: Linking its innovations to the industry at large. He believes the only way for solar to ascend to higher heights on a trajectory similar to the tech industry is with collaboration.

“We are designing with an open system [REST API] so we can encourage everybody to be developing for the benefit of the industry,” he explains. “REST API is what enabled Amazon to broaden its services, which is changing the tech industry.”