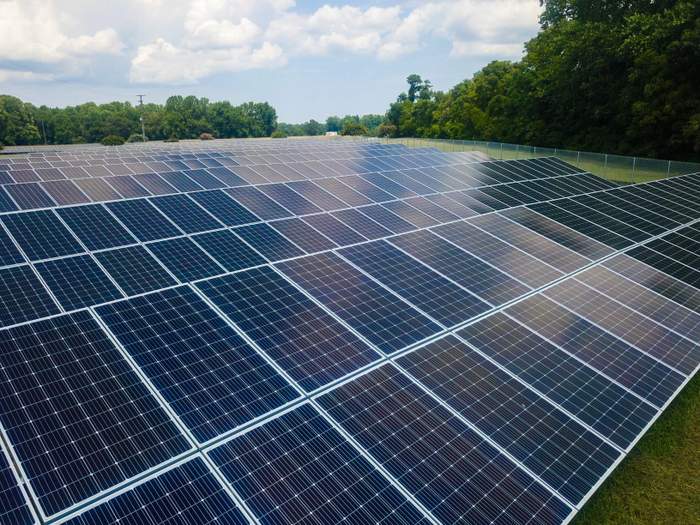 The Borough of Chambersburg in Pennsylvania, home to the largest municipal electric utility in the state, agreed to a public-private partnership with Sun Tribe last week that will provide clean, affordable energy for Borough ratepayers for the next two decades. Based in Charlottesville, Va., Sun Tribe is one of the most experienced public sector solar providers in the Mid-Atlantic region.

“After an RFP process which included conversations with some of the nation’s leading renewable energy companies, we thought Sun Tribe was the best partner to meet our vision and deliver affordable energy for the Borough’s ratepayers,” said Borough Manager Jeffrey Stonehill. “As we continue to focus on economic recovery during the COVID-19 crisis, we believe that solar is the right choice to support that effort.”

Sun Tribe Development – Sun Tribe’s provider of large-scale renewable energy solutions – signed a Power Purchase Agreement with the Borough of Chambersburg for a 19.5 MWdc/15 MWac solar system to power approximately 2,450 homes per year; the equivalent of removing approximately 425,000 metric tons in carbon dioxide emissions over the life of the system. The Power Purchase Agreement allows the Borough to lock in affordable rates for the long term, serving as source of budgeting certainty and a hedge against rising wholesale power prices in the future.

“The Borough of Chambersburg is widely recognized for running one of the largest, most innovative, and comprehensive municipal electric utilities in our region, so we were thrilled to be chosen as their solar partner,” said Danny Van Clief, Chief Executive Officer of Sun Tribe Development. “Our company believes in a community-focused approach, and we’re looking forward to working with local and regional stakeholders at every step in the process as we create jobs and bring solar to Chambersburg.”

The partnership between the Borough of Chambersburg and Sun Tribe comes as a growing number of public and private-sector leaders are embracing solar as a way of strengthening budgets, creating local jobs, and meeting sustainability targets. According to data from Wood Mackenize Power & Renewables, The Solar Foundation, and the Solar Energy Industry Association, there are now nearly 78 gigawatts (GW) of solar capacity installed nationwide, and in 2019 alone, the solar industry was responsible for $18 billion of investment in the U.S. economy.