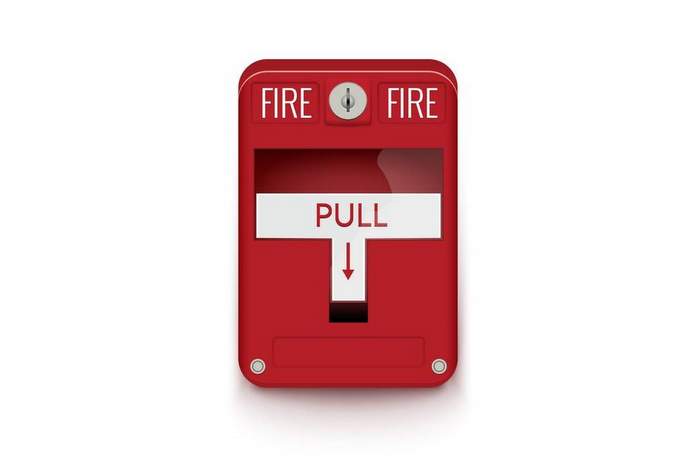 Solar PV system-caused fires are rare, but they are on the rise in the United States. The numbers here are hard to track down, but Lawrence Shaw, owner of Higher Powered LLC, a residential solar preventive maintenance company in Arizona, reached out to the U.S. Fire Administration (USFA), dug through their data and sent the results to PV Magazine. The reported tally is 56 recorded solar system fires in 2018 (the most recent year of reported data). That is a jump of 36 percent from the 41 recorded in 2017, which was a 24 percent jump from the 33 recorded fires in 2016. In all, since 2015 the Fire Administration has recorded 155 fires caused by solar installations.

What’s the deal? Well, there isn’t enough available data on this topic, for one, and there are no root causes specified in those cited solar fires. Maybe it just correlates to an overall rise in residential and C&I solar installs? Maybe, but the rate of residential and non-residential installations did not rise between 2016 and 2018 — most quarters within that span actually declined from the peak hit in 2016.

Another way to try and put this ratio of fires to installed PV systems in context is a study of PV-related fires in the United Kingdom (Fire and Solar PV Systems – Investigations and Evidence – BRE National Solar Centre, 2018) that found only 58 fires occurred on 1 million PV systems installed from 2010 to 2017. These 155 recorded fires in the United States from 2015 to 2018 is also a sample of about 1 million systems. So, this uptick looks both new and anomalous.

A TÜV Rheinland & Fraunhofer Institute study, “Assessing Fire Risks in Photovoltaic Systems and Developing Safety Concepts for Risk Minimization” indicates that fires typically occur in new systems. Is there anything different about newer PV systems being installed in residential and C&I rooftops in the United States the last few years that subtly ups the fault/fire risk? A search for possibilities leads to two places: (PVDF) backsheets and faulty DC connections.

Shaw said in that PV Magazine article he thinks a better standard for infrared imaging of residential projects would reduce risks of PV fire by identifying hotspots that could lead to thermal events down the line. This is a good idea, especially in light of DuPont Photovoltaic Solutions’ 2020 “Global Photovoltaic Reliability Report,” which showed a rapid increase of cracking in Polyvinylidene Fluoride (PVDF) backsheets after inspecting more than 9 million PV panels.

The DuPont team has observed nearly a four-fold cumulative increase in PVDF outer-layer cracking defect rates, from 5 to 23 percent between year four and year nine after installation in China, Europe, India and North America. Deeper backsheet cracks have led to backsheet delamination, exposing the core layer to elements and leading in some instances to inverter tripping and ground faults.

PVDF backsheet cracking failures are prevalent along busbar ribbons, but with continued weathering can extend to cell gaps and other regions, with reported inverter tripping and ground faults. DuPont ties these backsheet failures to arcing and shorts that often lead to localized burn-through and sometimes full module fires. Around 8 percent of these PVDF defects showed up by year four.

Others saw that uptick in fires and started calling for a DC connection standard. Both the Fraunhofer Institute study and BRE National Solar Centre mentioned earlier name DC connectors as a top cause of PV-related fires, mainly because of the chance of human installation error — either the DC connector not being fully inserted and/or poorly crimped. Both result in bad connections that can lead to arcing. Typical mistakes include use of incorrect crimping tools, mounting of connectors without enough precision or simply insufficient installation training.

Add to that an exponential increase in DC connection points in a typical rooftop system in the United States. Wood Mackenzie’s latest market share data shows module-level power electronic (MLPE)-based systems now comprise 90 percent of the market, which requires up to 3 times as many DC connection points versus a traditional string inverter design. While most fires do happen in new systems, it’s worth considering how all of these contemporary connector-heavy systems will age over years of exposure to the elements.

Why did MLPE demand rise so fast? The demand of optimizing energy production could be it, but the inclusion of rapid shutdown in NEC 2014 and module-level shutdown in NEC 2017 was hugely influential in shifting the market so dramatically to MLPE. This is a major code change in the U.S. solar market that started taking hold during that 2016-2018 timeframe (and is also a major difference when comparing the U.S. and European solar markets, which have no such standard). A DC connection standard will help for sure, but mandating more connection points within a safety code still clashes with the available research on PV fire risks.

The risk of a PV system fire is still super small. In a quality system, installed properly, the risk is next to nil. But in 2020, we know we are seeing more PV fires, and we have two plausible reasons why. Ignoring this issue now could fan the flames for even worse results down the road.

This article originally appeared in the Summer 2020 issue of Solar Builder. Subscribe for free here (print or digital).