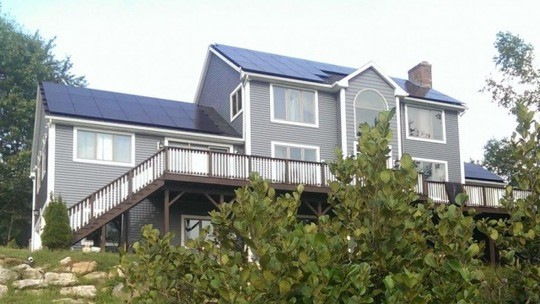 According to the Q1 2020 U.S. PV Leaderboard report by leading energy research and consultancy firm Wood Mackenzie Power & Renewables, Q CELLS is now the market share leader in the U.S. residential and commercial solar module markets. Q CELLS nearly doubled its market share in the U.S. residential market in 2019 to 25.2%, a marked increase from the 14.1% market share in the previous year. The Leaderboard report also ranked Q CELLS as the U.S. commercial market leader with 13.3% market share – a performance that confirmed Q CELLS as an unrivaled module manufacturer in the distributed generation market segment.

The U.S. is recognized as one of the most important solar markets in the world. Its growth is due to a range of factors, including favorable policies such as the Investment Tax Credit (ITC) and Renewable Portfolio Standards (RPS) set by states, underpinned by increasingly affordable solar prices and a growing awareness of the environmental and economic value of solar energy. This year, the U.S. solar market is expected to reclaim its position as the world’s second-largest solar market with around 14.9 GW of new-build capacity, overtaking India, according to BloombergNEF.

One of Q CELLS’ primary products in the U.S., the Q.PEAK DUO BLK-G6+ solar module, provides customers with a maximum output of 345 Wp and a 25-year product and performance warranty. It provides long-term reliability with one of the lowest degradation rates in the industry, which guarantees 85% of its initial performance after 25 years. Furthermore, its all-black facade offers optimal aesthetic appeal for residential and commercial rooftops.

Q CELLS began production at its new Dalton facility in Georgia in February 2019 in efforts to provide customers with American products. The factory is the largest single solar module manufacturing facility in the Western Hemisphere with 1.7 GW of module production capacity. Since the facility’s inauguration, Q CELLS’ cutting-edge technology, engineered in Germany, has been further developed in the U.S.