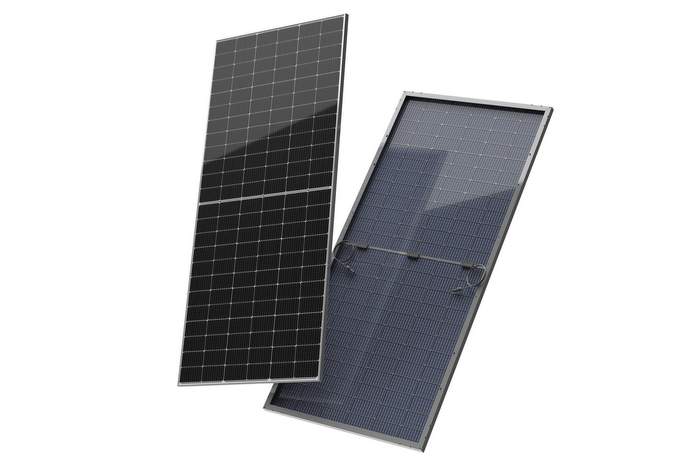 Jiangsu Seraphim Solar System Co., Ltd. (Seraphim) released its new generation of products, the S4 half-cell series PV modules on December 1. The products have two categories, namely, monofacial module and bifacial module; both will be put into mass production in the first quarter of 2021, with an expected annual capacity of 3 gigawatt(GW) after an equipment upgrade.

What’s new? According to Seraphim, the new S4 half-cell series PV modules can achieve a maximum power output of up to 540W, with the maximum module efficiency reaching 21.1 percent, by integrating 182mm large silicon wafers with the state-of-arts technologies such as passivated emitter rear cell (PERC), multi-busbar (MBB), half-cut cell, and high-density packaging. Notably, the new S4 bifacial half-cell module can increase the electricity output from 10 percent up to 30 percent, under different ground conditions. This will significantly reduce the levelized cost of electricity (LCOE) and balance of systems (BoS) costs.

Reliability? The application of double-glass technology enables the S4 bifacial half-cell module to enjoy less possibility of micro cracks, lower attenuation rate, better fire-proof and insulation performance, and improved longevity. In terms of reliability, the S4 bifacial half-cell module is equipped with a frame to withstand a larger load. Even without beams on the back, the front of the module alone can withstand a static mechanical load of about 5,400 pascal (Pa).

Seraphim is confident that with the stated advantages, the new S4 half-cell series PV modules is ideal for use in large ground mounted power stations.