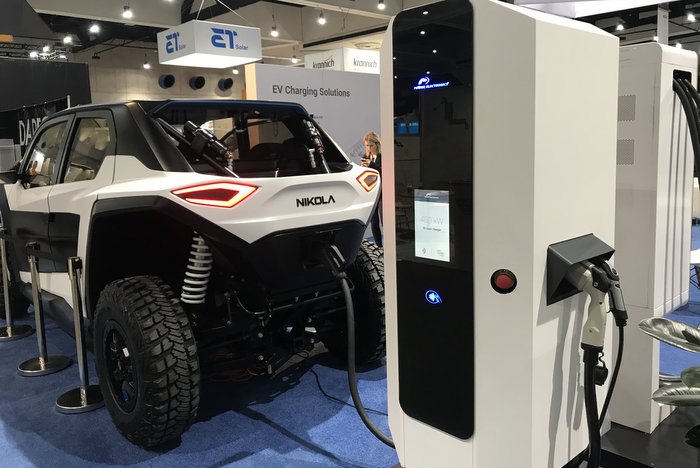 Corporate investors in solar energy are modifying their expectations and demands for future utility-scale solar projects, bolstering the profile of the industry as a long-term asset class, and altering PPA and contract terms that make more deals possible, said financiers at Intersolar 2020 in San Diego.

The impact of this evolving financeability of solar energy is a net positive. Austin-based Mercom Capital reports that total corporate solar funding, including debt and public market financing, increased to $2.8 billion in 2019 compared to $1.3 billion in 2018. This increase should bode well for a high double-digit increase in total U.S. megawatt installs this year.

One key caveat in this latest year of solar finance is that battery storage is no longer an exotic component of solar energy projects, rather, it is a now a basic requirement. Utility PPAs are often now requiring at least the option for battery storage in their new solar RFPs, several manufacturers said. “All my potential customers are asking for battery storage in addition to our solar trackers,” says Michael Fakukakis, the CEO of Mechatron Solar, a dual-axis tracker manufacturer based in Stockton, CA.

One indicator of the importance of battery storage in the solar industry is that during 2019, venture capitalist funding of battery storage companies increased by 103% to $1.7 billion across 32 deals, compared to $850 million raised in 49 deals in 2018, according to Raj Prabhu, the CEO of Mercom. This huge increase contrasts sharply with the 18% decrease in 2019 funding for combined battery storage, smart grid and energy efficiency companies, from the $2.8 billion raised in 2018.

The continuing step-down in the percentage of the federal tax credit for solar installations is a mixed bag for financiers suggested Mihir Mehta, the vice president of Soltage, a renewables financier based in Jersey City.

“The ITC step-down has caused a lot of folks to scrutinize and plan to get tax credit grandfathering right. and that will serve the market for 2020 and 2021. But over the intermediate term, if the ITC does go away, that could be a good thing for the solar market, because tax equity adds complexity to deals,” said Mehta. “If the capital structure of a deal had one less partner, it would be more efficient, and we’d be able to do more solar.”

Another central aspect of changing solar finance terms is the trend toward much shorter PPAs, as the market has matured. Five-year terms now are often sought, where 10 year-terms were previously sought as an alternative to the old 20-year PPA package.

“With utilities, the trend is for shorter-dated PPAs, from 20 years to 15, or from 10 or 5 years. There are definite possibilities for the finance of a 5 year PPA,” said Tiffany Elliot, the founder of Clean Capital Partners, based in Austin. “PPAs with terms from 10 years to 12 years are being underwritten by banks where there is a deep market and enough liquidity, while most corporates and hedge providers want to go for PPAs for 7 to 10 years.”

Although a 5 year PPA may seem like a short period relative to the expected lifetime of the asset, multiple layers of a 5-year terms are emerging, suggests Mehta. “Ten years is probably the lowest that banks will want to see in general, but in the Southeast, they are going to 5 years, with a second 5 at the same price.”

One way that solar developers are helping to attract investors into new projects is by aggregating customers for a project that is nominally installed in one site, although it may be split into several sections across fence lines. That way several 10 MW or 20 MW projects can be built into a single 80 MW offering, which is large enough to attract institutional investors, notes Dhruv Patel, the vice president of business development for McCarthy Holdings, based in Phoenix.

The aggregation of projects is beneficial to the developer, since they can gain some economies of scale through the larger project, and it is beneficial to the labor force, which can be paid for a longer period of time in one location, Patel notes. Employee-owned McCarthy is widely know for its aggressive training program and high labor retention rates.

Another aspect of the changing attractiveness of solar investment is the rising demand for a single point for risk assignment, as in the case of an integrated solar+storage provider, in contrast to a developer matching different manufacturers — and their warranties — in a project. This demand for a single brand and warranty is driving merger and acquisitions in the solar+storage space.

This integrated approach to the market by equipment manufacturers also is extending to the software and system management space, with a dozen inverter companies — like San Jose-based SIC — offering microgrid solutions out of the box, complete with energy arbitrage options provided by software companies — and its partner company OpenEGrid, based in South San Francisco.

Fossil fuel investors on the rise

Among the acquirers of solar industry assets, oil companies are continuing to become a more important factor. Shell, BP and Chevron are investing heavily in solar energy, albeit with a very small percentage of their total global budgets.

That percentage is bound to increase, however, since the oil majors have seen the writing on the wall: BP in its 2018 Energy Outlook projected that renewable energy would be the fastest-growing source of energy generation, increasing five times in MW terms by 2040 to 14% of global energy. As one step in its solar investment plans, BP in December 2019, BP formed a 50-50 joint venture with U.K-based Lightsource, now a $7 billion global solar developer.