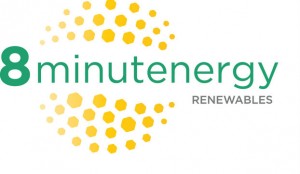 8minutenergy Renewables, an independent solar developer, is formally expanding its operations into Texas. The company recently opened an office in Houston to drive the over 2 GW of utility-scale solar photovoltaic (PV) projects that the company is targeting in Texas. The local team will bring its expertise in developing and acquiring utility-scale solar PV projects to provide value to customers in Texas and other select wholesale markets.

“We captured nearly 15 percent market share in California, which is one of the toughest solar markets in the world. We are excited to replicate our proven model and execution-oriented approach in Texas,” said Martin Hermann, 8minutenergy’s CEO and founder. “We believe in partnership, transparency, and innovation, which are traits that are already proving beneficial in our early stage project development achievements across the Lone Star State.”

8minutenergy’s track record includes being awarded more than 1,500 megawatts (MW) in Power Purchase Agreements (PPA); building the world’s largest solar PV farm (the 800 MW Mount Signal project in California); and being the first company in the United States to beat fossil fuel prices with solar energy. The company is currently developing over 5,000 MW in its North America project pipeline.

President Tom Buttgenbach credits the company’s process-driven method for its success. “We know how to optimize and design a project from the start, and we manage it all from transmission to operations and maintenance. We believe this approach will resonate in Texas where utilities and corporations are looking for pure-play solar partners that can aggressively compete with alternative forms of energy.”