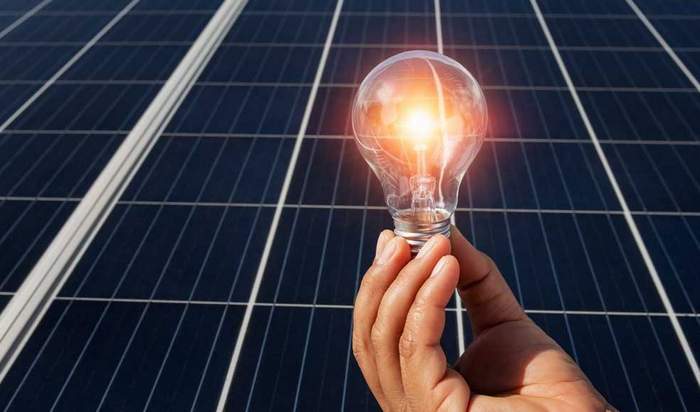 In the space of a few weeks last summer, climate-driven extreme weather compromised the U.S. electricity grid on both coasts. Hurricane Isaias brought power outages to millions in the Northeast while California, amid record heat and wildfires, experienced its first rolling blackouts in almost two decades. Both events were stark reminders of how urgently we need a clean, resilient electricity system — and how far we are from realizing it.

Solar and storage, both cornerstone resources of a low-carbon grid, are fundamentally different. Solar delivers carbon-free electricity in predictable ways based on hardware specifications, but with little or no control over how much electricity is delivered or when. Storage’s uses and value, on the other hand, depend entirely on how and when it’s operated. To make a computing analogy: Solar is hardware, and storage is software.

Electricity policymaking is rooted in the physics of the grid — the hardware of solar and other generating resources and the need to balance relatively inflexible supply and demand in real time. Storage fundamentally breaks this paradigm. While storage is neither generation, transmission nor load, it has aspects of all three, plus a range of use cases wholly defined by the type and timing of the value streams available to it.

Name an energy topic, and there’s a good chance that cost-effective storage upends the status quo. Consequently, policies such as renewable portfolio standards (RPSs) that are so effective at driving solar and wind deployment are ill-suited to storage.

What does effective storage policymaking look like? It is a fascinating, complex and wide-ranging question that will occupy regulators, grid operators and stakeholders for years to come. As a starting point, policymakers should seek to capitalize on storage’s unique characteristics, organized below as emergent policy priorities.

Here are a few examples of the policy evolution needed for storage to realize its full potential in the electricity system of the future.

Direction matters. FERC Order 841 jump-started the full participation of storage in wholesale energy markets based on the idea that, due to its bidirectional nature, storage does not look like any of the resources that have come before. Even with Order 841, some markets have tried to force storage into traditional market constructs, requiring a storage asset to register and bid simultaneously as up to three different assets.

The California ISO was the first to create a new resource type for storage (as a non-generating resource, or NGR) and treats charging as “negative generation” rather than load. This enabled storage to start participating quickly like a generator while storage-specific rules evolved. Over time, storage by itself and paired with generation (hybrid resources) will give rise to a technology-agnostic universal resource model, where resources meet a broader and more precisely defined range of system needs according to their specific attributes.

The first step in this evolution? Hybrid solar + storage resources — neither solar nor storage, but rather a combination of both, the value of which markets are just beginning to understand. Perhaps unsurprisingly, speakers at a recent FERC technical conference on hybrid resources used software programming concepts to describe how markets of the future would accommodate these resources.

Flexibility matters. The interconnection of solar PV at all levels of the grid has been based on a predictable, but inflexible generator. Thus, utility engineers focus on the worst-case reliability impacts of adding new, relatively uncontrolled resources to the system. But this approach assumes reliability impacts that simply wouldn’t occur or can be prevented just by utilizing storage’s flexibility, operating however and whenever it is needed.

Timing matters. Historically in renewable energy policy, timing hasn’t mattered. Under an RPS, for example, solar generates the same renewable energy credits (RECs) anytime. And in traditional full-retail net energy metering (NEM), the customer gets the same bill credit no matter when solar energy is fed back into the grid.

These policies have successfully stimulated the solar market but, at higher penetrations, can create the well-known duck curve, which requires flexible resources, like storage, to manage increasingly important issues like the neck of the duck when the sun goes down. Future high-renewables policies and programs must incorporate timing in their design to effectively displace natural gas plants with clean alternatives that provide much-needed system flexibility.

The Massachusetts Clean Peak Standard is an example of a policy that attempts to use the time-shifting feature of storage to complement a state’s high clean energy standards. But it doesn’t actually guarantee GHG reductions, and adapting it to this end would be inordinately complex. The ideal and most efficient solution would obviously be a carbon price, and the fact that I and many others have said as much for well over a decade doesn’t make it any less true.

Solar and storage are naturally complementary resources whose importance in decarbonizing our electricity system cannot be overstated. By designing policies that capitalize on storage’s unique attributes, policymakers can get the best from both resources. That this will require a multi-year paradigm shift is as good a reason as any to start now.

Ted Ko is Policy Director for Stem, Inc. This column originally appeared in the Fall 2020 issue of Solar Builder. Subscribe here for free (print or digital).