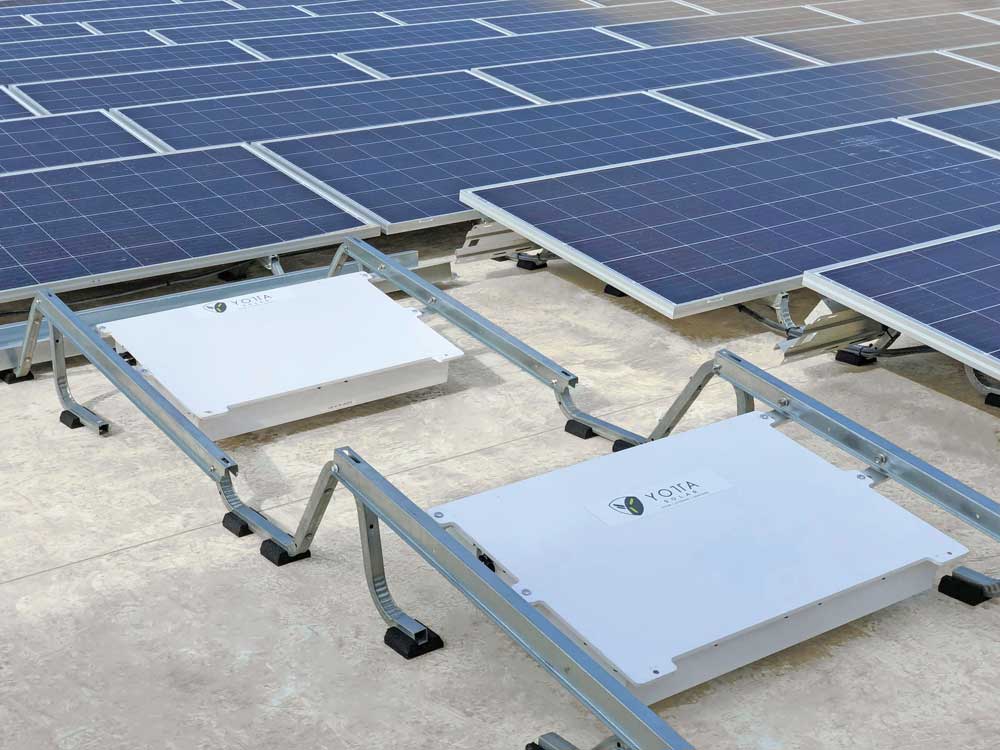 Yotta, a PV panel-level energy storage developer, has raised $1.5 million in seed funding and an additional $300,000 in grants for the continued development and commercialization of the SolarLEAF. The new funding allows Yotta to expand its beta testing to several new installations with strategic partners.

Yotta’s engineering has caught the attention of investors and strategic partners alike, such as teaming up with PanelClaw, a leading roof racking provider for flat roof systems, and a tier 1 developer of lithium- ion batteries. Yotta has accelerated fundraising efforts in pursuit of Series A equity financing, which will be used to advance beta testing into commercialization, including bankability study and UL certification.

“With the tremendous market opportunities we are seeing, it makes sense for us to ramp up our fundraising efforts so we’re in a solid position to respond as the market continues to gain speed,” said Yotta CEO Omeed Badkoobeh. “It’s important for Yotta to take advantage of the gap we see in the C&I market, and we’re prepared to do that.”

Yotta has also tapped Phil Gilchrist, formerly of SunPower, as the company’s Director of Mechanical Design Engineering, and Jeff Williams, formerly of Draker, as Director of Electrical Engineering. Now, with over 100 years of combined energy industry experience in product commercialization, the Yotta management team is poised to help lead the transition to renewables with the SolarLEAF.

Yotta’s technology is attempting to fill a void in the commercial and industrial (C&I) energy storage space by solving the issue of safety with large battery systems. According to McKinsey & Company, soft costs and balance of hardware can add upwards of 60% to total system costs, often making energy storage installation too expensive to deploy. The SolarLEAF reduces these costs by eliminating the need for specialized installers and strict siting requirements that other energy storage technologies require. This simplicity enables solar installers and developers to expand their customer base and grow their business by delivering a scalable, cost-effective storage solution that can easily be installed anywhere.