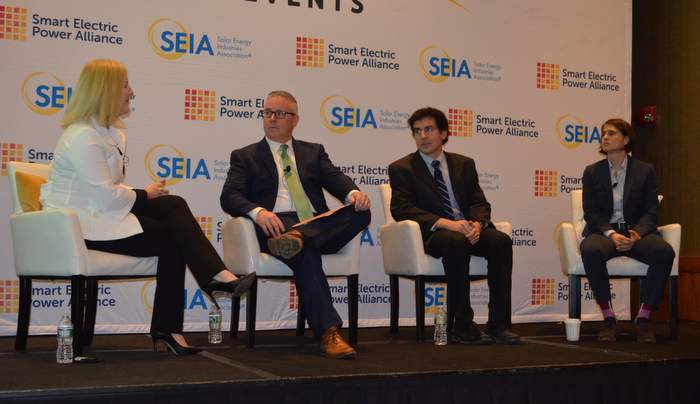 The Northeast is a mature solar market already, but how can it keep on growing from here? Solar Power Northeast in Boston last week offered some ideas, but to me, mostly highlighted the complex utility-politician-public dynamic that leads to a lot of Catch 22 solutions. See if you can follow my scattered notes (and logic) here.

So, there you have it. We all just need to figure out how to get public utilities, politicians and people all on the same page. Shouldn’t be that hard, right?