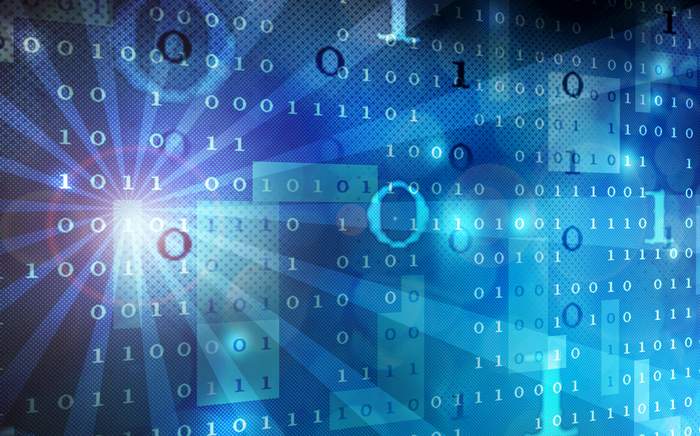 Solar enjoys tremendous advantages over conventional power. It’s cleaner and cheaper than traditional power in many parts of the world, in addition to its popularity with consumers. But there is also an often unrecognized aspect of solar that will play a leading role in further lowering costs and driving adoption. 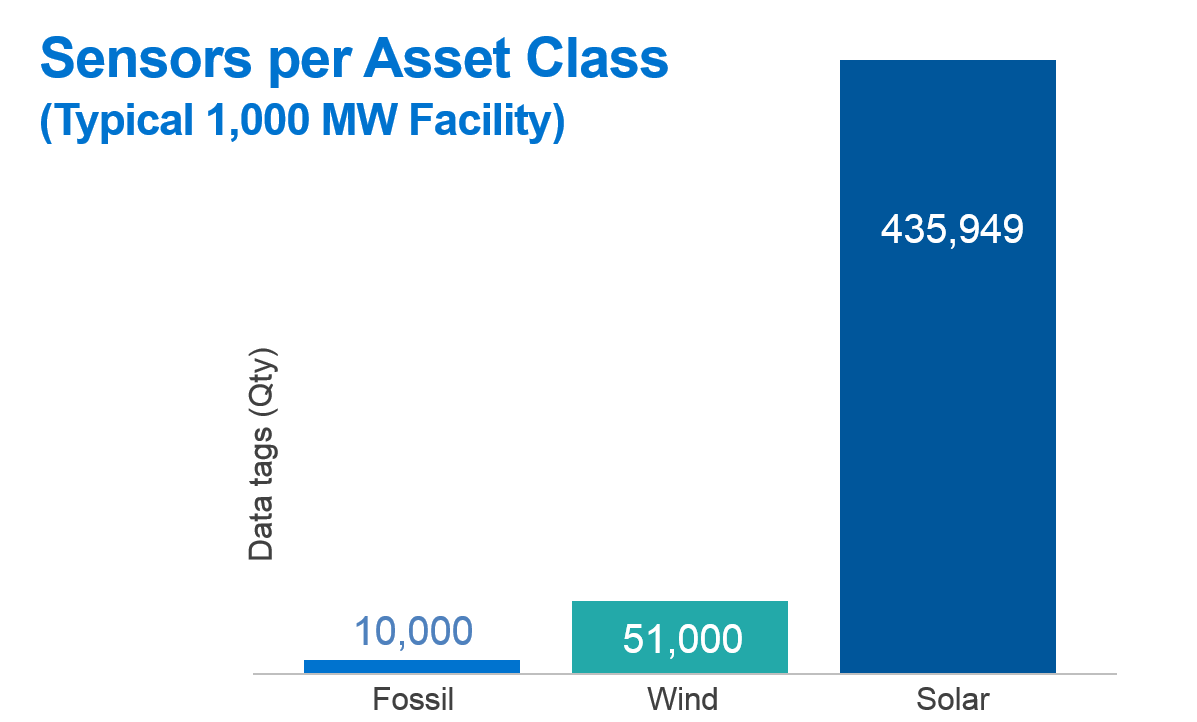 To take a random example, AEP Renewables Mehoopany wind farm features 88 turbines with an aggregate capacity of 141 megawatts (MW). By contrast, its Boulder Solar II project generates less than half as much, 62 MW, but features 144,000 solar panels. Not only will each panel generate information about power production, temperature and other parameters, inverters, trackers, junction boxes will likewise produce continual streams about their current state or possible problem areas.

At first blush, this might sound like a bad thing. More data means installation of additional computing capacity, and might incur extra cloud fees. Data, however, can and will play the leading role in reducing one of the costs that has been seemingly impervious to technology advances. Namely, labor costs associated with operations and maintenance.

Labor still comes to around 1% to 7% of total revenue for solar operations, and labor costs remain one of the largest expenses for operations (not linked to the original construction and financing). Again, it’s a function of the distributed nature of solar. 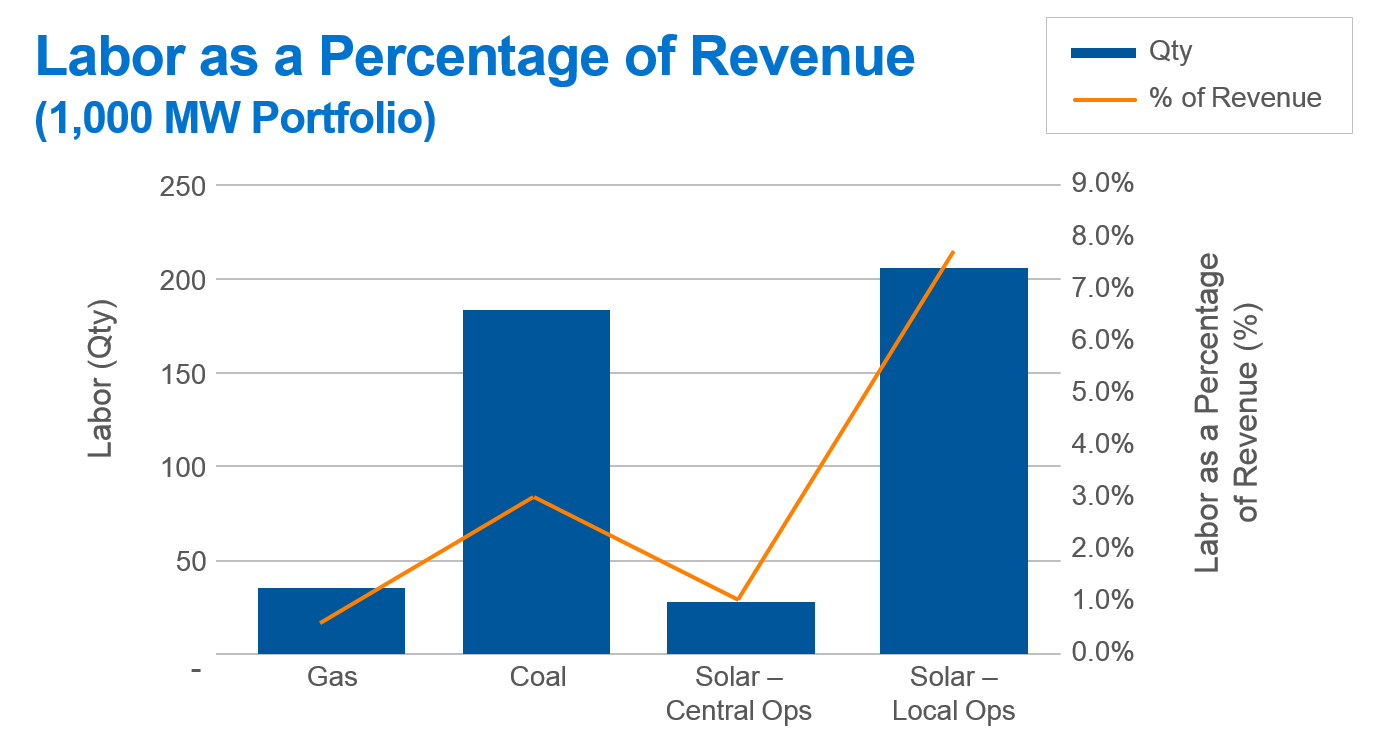 Efficient asset performance management can reduce the LCOE of a large power plant from 1% to 3.5%, a deceptively small number that becomes a looming force at scale. For a 50 MW plant running at 30% capacity, factor generating power for 15 cents per kilowatt hour which can mean an additional $500,000 per year in revenue, with most of that incremental cash turning into profit. (50,000 kilowatt hours x 0.03 capacity factor x 8760 hours a year x 0.15 kWh x 0.03 LCOE reduction = $591,3000). Over a 30 year period, the total comes to over $17 million. All of it flows directly to the bottom line. For an equity participant, the debt leverage grows by the same factor.

Here’s another way to look at it. Figure 3 (below) shows the operations and maintenance charts for a 10 MW ground-based system. Those first two columns, which take up 80% of the total, are preventive or planned maintenance, and corrective maintenance. Almost all of the costs derive from labor. In fact, nearly every factor on the chart, except spare parts, is labor related. 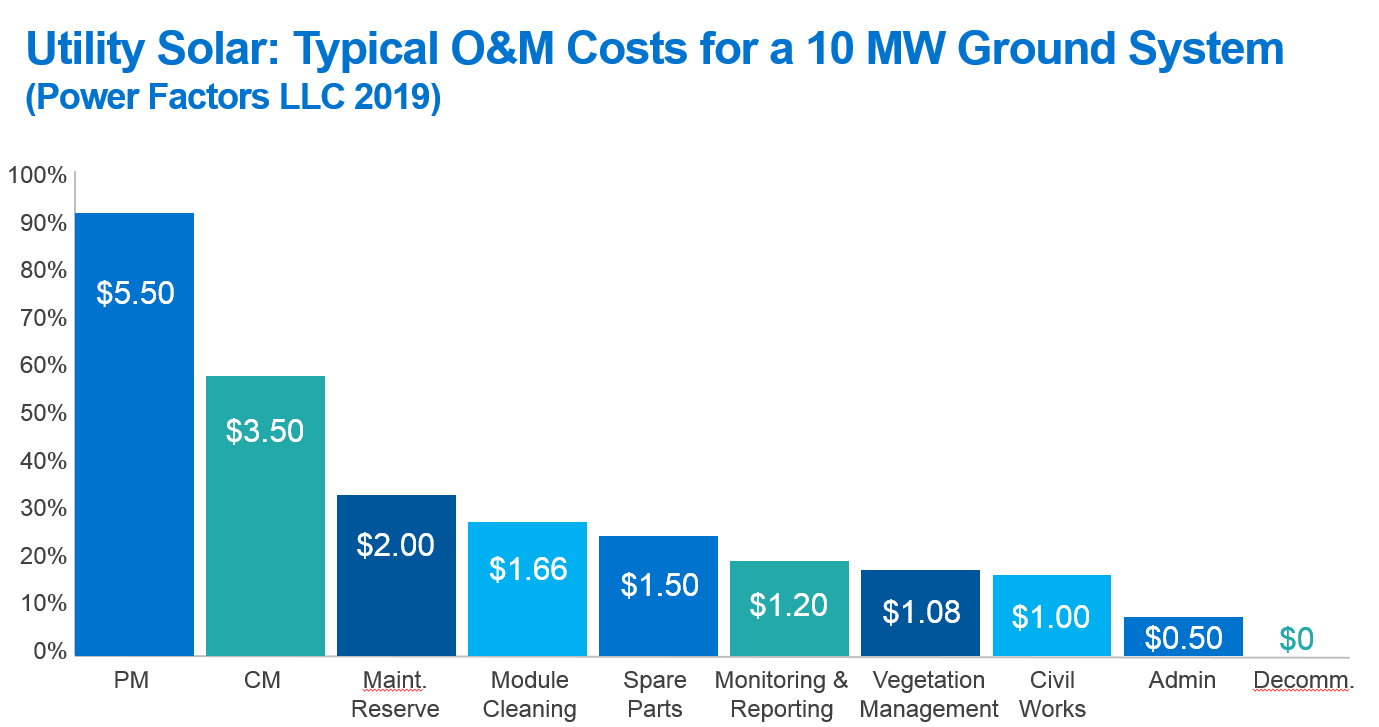 Some companies already benefit from preventive maintenance efforts. Arizona Public Service manages over 1700 MW of solar for its 1.2 million customers in a service territory that covers 36,000 square miles. The solar assets range from utility-scale solar arrays, urban commercial systems and utility-owned rooftop installations. It manages maintenance, however, with a small group—think around ten or less—of technicians who can prioritize repairs.

The decline in solar costs is one of the more remarkable technological stories of our time. Solar dropped 85% between 2010 and 2019, according to Bloomberg New Energy Finance, and is anticipated to drop another 63% by 2050. But it hasn’t happened simply through gravity – early solar pioneers such as SunPower focused on efficiency. Then came new, cutting techniques that enabled producers to get more wafers out of an ingot. Microinverters, modular racking, trackers, and better project management have similarly helped lower levelized cost of energy. To date, data has been comparatively underutilized. Expect that to change.