The sonnen Group, a leader in intelligent battery storage in Europe, successfully completed a new financing round with a total equity amount of $85 million USD. 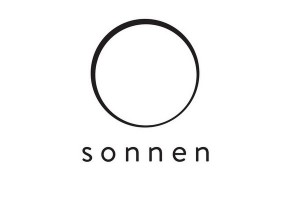 The financing enables sonnen to continue its dynamic growth as an energy innovator in Germany and deepen its expansion into international markets. This continued growth includes the development of new products such as the energy sharing platform known as the sonnenCommunity and the further expansion of its business in the United States, Australia, UK and Italy.

In addition to its high-quality wind turbines, Envision Energy also develops world’s leading intelligent software for the orchestration of the future energy world, which consists of a variety of decentralized energy sources and devices. Envision is represented worldwide and maintains numerous research and development centers in Asia, Europe and the United States, including Silicon Valley, Houston, Texas and Boulder, Colorado.

“We want to become the energy supplier of the future. Fast growth and leadership in innovation are the keys to reaching this goal”, says Christoph Ostermann, CEO of sonnen Group. “With Envision Energy, we have gained a strategic investor who shares our vision, supplements our technology and has a strong presence in both the U.S. and Asian markets.”

sonnen develops and manufactures the sonnenBatterie smart energy management systems in Germany and in San José, California. Through its sonnenCommunity, homeowners throughout Germany can produce, store and share their own electricity. sonnen’s latest development, the sonnenFlat, is the next step in virtual power plants enabling thousands of sonnenBatteries to be aggregated into one large storage pool that provides balancing energy for the powergrid in Germany.