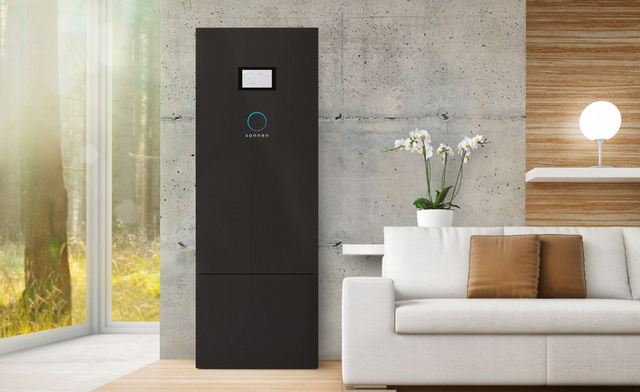 The future of solar and energy storage will collide with the future of home automation and Sonnen is getting ahead of the game with the launch of energy automation with ecoLinx at Solar Power International this year (booth 3820). The all-in-one ecoLinx smart energy management system brings together home automation, residential solar, and energy storage in an energy ecosystem that enables intelligent load controllers to effectively manage and optimize energy usage, secure smart homes against grid outages and help stabilize the existing power grid.

One of the fundamental challenges in achieving renewable energy automation is the disconnect between a home automation system’s ability to intelligently manage energy usage and the lack of intelligent software needed to maintain connectivity and efficiency. sonnen’s ecoLinx energy storage system is the first of its kind to bridge this gap, proficiently demonstrating the use of smart, configurable backup power and intelligent home automation demand control – facilitated by energy storage and solar.

Vote for Solar Builder’s 2018 Project of the Year!

Smart configurable backup power involves an energy storage system working in unison with intelligent circuit breakers to provide multiple backup power options in the event of an outage, eliminating the inflexible and expensive protected loads panel. Intelligent demand control – the coordination of solar, energy storage and intelligent load controllers throughout the home — is the other major innovation showcased by ecoLinx, a feature that has been rumored for years throughout the energy industry without any serious demonstration of a full system in action.

In addition, the sonnen ecoLinx features a 15-year system warranty, and comes standard with the Fortelion battery module. Fortelion is the world-leading Lithium Ion Iron Phosphate cell. The all-in-one system is also scalable in size, from 10 kWh to 20 kWh of storage capacity and is sold exclusively through sonnen’s network of trusted partners and integrators.

RELATED: The Holistic Home: We peer into the future of home energy generation, usage

California homeowners who drive an electric vehicle (EV) are able to enroll in PG&E’s EV time-of-use rate, including a significant swing from off-peak to peak power prices. The ecoLinx software is able to charge from the grid from 1 am – 4 am along with the EV, paying low off-peak rates for power that is abundant and considerably cleaner than during peak periods. Another load shift occurs when a Crestron thermostat automatically pre-cools the home during the relatively inexpensive and low carbon footprint, partial peak hours of 12 pm-3 pm, instead of trying to cool the home during peak times. Finally, during the high carbon footprint, expensive peak period of 5 pm-9 pm when the grid is stressed, smart devices in the home are activated to minimize energy usage while maintaining homeowner comfort – the Crestron thermostat bumps up a few degrees in the pre-cooled home while Lutron lighting dims slightly and Lutron shades lower to prevent the need for increased energy to power AC loads. Most importantly, the sonnen ecoLinx discharges its stored off-peak power and locally-generated stored sunlight, to meet the majority of the home’s load during this expensive, dirty peak time, rendering the home invisible to the grid, while saving money.