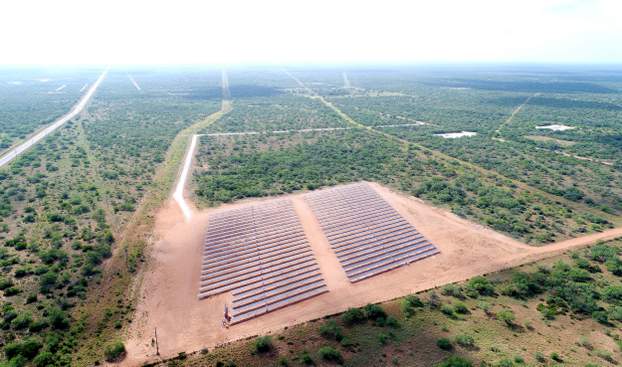 RP Construction Services, Inc. (RPCS) and Texas EPC Statewide Renewable announce the completion of a 1.2 MW solar site in southern Texas. McAllen Ranch, the home of this new solar site owned by Los Faroles, LLC, is one of the oldest continuously owned tracts of land in the United States. The ranch has been owned by the McAllen family since 1791, an original Spanish land grant.

RPCS and Statewide broke ground on the project in late May after the McAllen family expressed their goal to generate revenue from their land while also maintaining its purity. In addition, high overhead of ranch operations necessitated a search for cost mitigation, but paramount to cutting costs was preserving the historic land.

Statewide Renewable successfully negotiated a power purchase agreement (PPA) with local utility Magic Valley Electric Coop (MVEC) on a 20-year basis. MVEC is particularly interested in this project as a pilot. Along with other Texas utilities, MVEC wants to engage renewables as a way to alleviate costs, hedge market volatility, and provide members with clean, renewable energy.

The site utilizes Array Technologies’ DuraTrack HZ v3 single-axis solar trackers, procured and installed by RPCS, Array’s trusted DG partner. Array’s mounting technology keeps the modules following the sun on its course throughout the day, ensuring up to a 20 to 25% increase in energy production over fixed-tilt systems. RPCS designs and installs Array tracker systems throughout the country, with hundreds of projects completed to date in the utility and distributed generation markets.