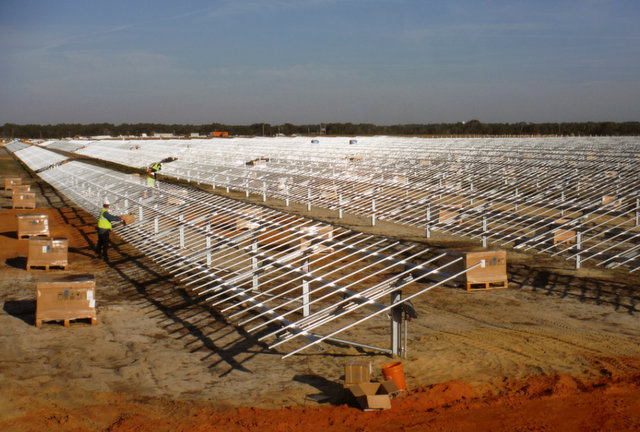 SunLink Corp. surpassed more than two gigawatts (GW) of total installed solar projects by the end of 2017. With more than 150 percent year-over-year growth in total megawatts shipped, SunLink increased its fixed-tilt market share by over 4x amid an overall industry decline in the utility ground mount market. The company grew TechTrack, its most technologically advanced solution, by 5x.

“SunLink continued to demonstrate its engineering prowess by taking on some of the industry’s most challenging solar projects in 2017. Customers continued to depend on SunLink to deliver the industry’s most flexible and dependable fixed-tilt mounting solution backed by our deep engineering expertise,” said Michael Maulick, president and CEO of SunLink. “We are especially pleased with the continued traction we’re making in the tracker market. It’s clear that our most innovative customers are responding positively to our intelligent tracker for optimal power density, energy generation and measurable reductions in total project costs.”

During 2017, SunLink’s GeoPro showed significant gains in new geographic markets. SunLink recorded 2,400 percent growth in fixed-tilt projects installed in the Midwest, stimulated by large project deployments in high-growth solar states such as Minnesota. Projects in the Southeast region also grew by 142 percent with local utilities expanding their clean energy mix in states such as Florida and Georgia. The Southeast was particularly challenging last year due to numerous hurricanes, high winds and other environmental factors that made GeoPro the go-to solution.

Engineered to withstand high wind speeds of more than 150 mph, SunLink’s GeoPro installations weathered the most challenging environmental conditions this past hurricane season in high impact areas such as Florida.

On the tracker front, SunLink’s TechTrack continued to make strides with a five-fold increase in installations over the previous year. In 2017, select sites had the capability to monitor and control tracker performance via Vertex, SunLink’s tracker intelligence platform, providing real-time smart data captured by IoT sensors. For the first time, SunLink was able to show geospatial tracker performance data at the granularity of an individual row.

In 2018, SunLink will continue to focus on implementing the latest cloud and IoT technologies to make increasingly more intelligent trackers. New features focused on providing additional data analytics as well as firmware improvements to enable data capture from various sources will provide customers with even greater ability to maximize energy production while lowering installation, O&M costs and return-on-investment.