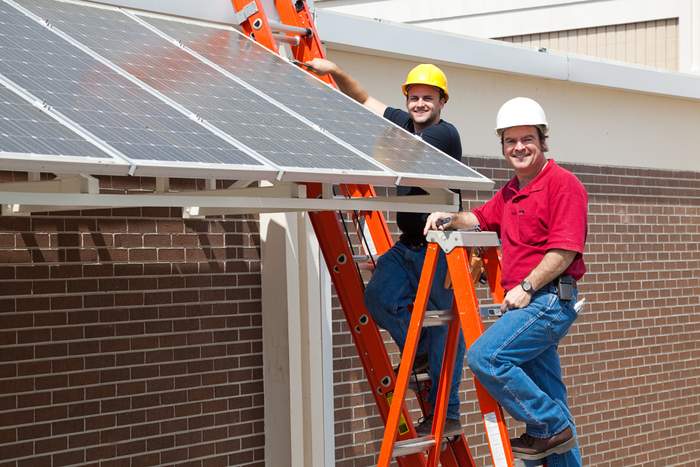 Resilience is a hot topic in solar industry conversations these days because of how it and other distributed energy strategies can protect critical infrastructure from natural disasters. Resilience can be hard to quantify, but solar industry leaders and regulators should extend the valuation of energy resilience to man-made disasters too, like what often befalls the brittle local economies of middle class and lower income communities around the country.

Consider news today that General Motors is closing its Lordstown, Ohio, plant. Less than an hour drive from the Solar Builder offices, Lordstown is like any other Rust Belt city you won’t see on the map. Instead of a hurricane, it was basically built on the shaky foundation of a labor industry. And like many of these cities, when that industry (or one big company) downsizes or dies, the city goes right along with it. Basically, whether it is through tax breaks or not, tying a region’s success to the whims of a specific market or the success of a handful of companies leaves communities vulnerable.

There’s no fixing the ebbs and flows of the market to keep all jobs safe, but solar and other renewable energy sectors right now do present an opportunity for leaders at the local or state level (especially in middle and low-income communities) to proactively cultivate an emerging sector that will define the next century and is less reliant on job creators to support it.

We already know the job reports continue to show how renewable energy dwarfs all other industries in jobs added and in economic impact. Our Project of the Year for 2018 is one shining example of how solar development (in Ohio) can aid all sorts of stakeholders from construction workers to small business owners while also lowering bills for taxpayers and city operations. Added to that quantity is quality — renewable energy is literally the future of the grid and inextricably linked to the future of society. If a city smartly builds distributed generation into its core, the jobs themselves will be as inherently self-sustaining as the energy created.

This is why we harped on the power of local initiatives to grow or stifle the solar industry in our Sept/Oct cover feature because what’s at stake isn’t just the flourishing of another random industry. There is a huge public service component at stake, and in addition to jobs, this new paper in Energy Policy shows how state influence directly correlates to the drop in solar PV panel prices. Thus, state incentives drive the price indicators that further spur private investment and innovation.

For something like solar PV, an industry that is up and running, future cost declines are most likely to be found in a balance of accelerated deployment (continuing to drive down the costs of existing technology) and ongoing R&D (hedging against the possibility that existing technology could level off prematurely).

In summation of our two cents per kWh: Solar is now a proven commodity and a stable growth sector of huge societal importance that inherently needs local labor. Over time it will also save taxpayers, businesses and cities a considerable amount of money, which can all be infused in the economy in other ways. Local and federal government should be salivating at the opportunity to lead the charge purely on the grounds of resilience from both natural and economic disasters.