In a big win for clean local energy and resilience in the Santa Barbara region, the Santa Barbara Unified School District (SBUSD) Board unanimously voted last week to proceed with Solar Microgrid projects throughout the District, along with additional standalone solar projects.

For the Santa Barbara Unified Solar Plus Energy Resiliency Project, the Clean Coalition, a nonprofit organization, and Sage Energy Consulting completed feasibility studies for Solar Microgrid and standalone solar installations at 18 SBUSD sites. This was followed by designing and executing a state-of-the-art request for proposals (RFP) process for a 28-year fixed-rate power purchase agreement (PPA) for solar at 14 sites, with full Solar Microgrids at 6 of those sites.

As the best value from numerous excellent proposals submitted, Engie Services U.S. provided the winning bid to design, build, own, and operate all the projects. The Solar Microgrids will feature solar and energy storage that can provide indefinite resilience to the most critical electric loads, which include refrigeration, communications, and emergency staging. The rest of the loads will be maintained for a significant percentage of the time as well. The solar will be deployed in the form of solar parking canopies, and the benefiting parking lots will be staged for future deployments of electric vehicle charging infrastructure (EVCI). 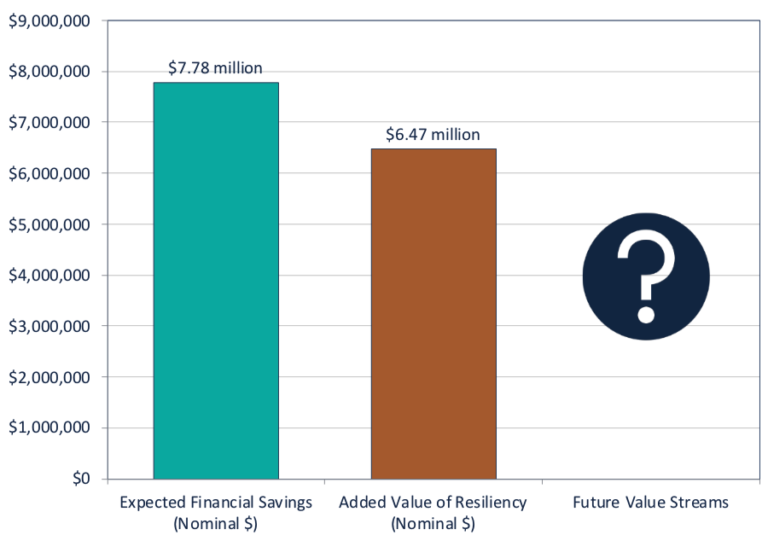 The Value of Resilience

Tier 1: Mission-critical, life-sustaining loads that warrant 100% resilience — usually about 10% of a facility’s total load. At the SBUSD, Tier 1 loads are freezers and refrigerators. The RFP specifies that during an outage, these loads must be kept operational 100% of the time.

Tier 2: Priority loads that should be maintained as long as doing so does not threaten the ability to maintain Tier 1 loads — usually about 15% of the total load. At the SBUSD, these are Main Distribution Frame facilities for communications services and primary Multi-Purpose Room type facilities for emergency response. The RFP specifies that these loads must be kept online approximately 80% of the time during outages.

Tier 3: Discretionary loads that should be maintained only when doing so does not threaten Tier 1 and Tier 2 resilience — usually about 75% of the total load. At the SBUSD, these loads are anticipated to be kept online approximately 25% of the time during outages. 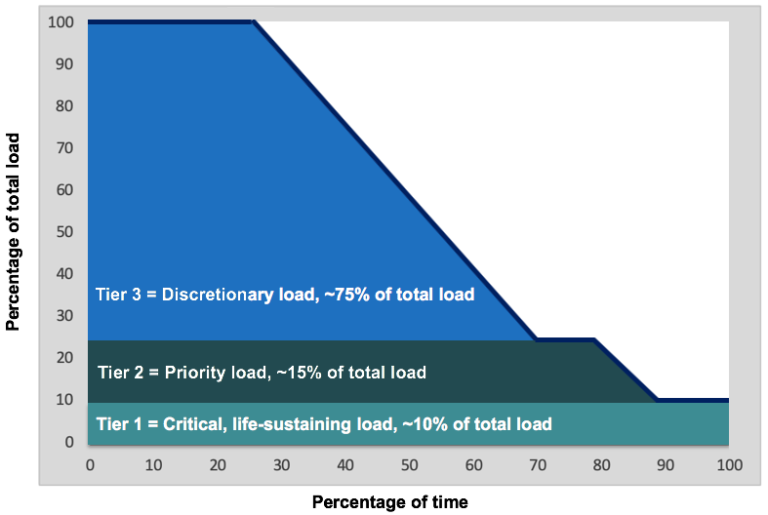 “This visionary initiative will result in a trifecta of economic, environmental, and resilience benefits to the District,” said SBUSD board president Laura Capps. “In addition, our schools with Solar Microgrids will have the ability to serve as places of refuge to the broader community, during grid outages of any duration. I am proud of the unanimous support that has been given to this effort across the District’s board, facilities staff, and former and current superintendents, as well as the support we’ve received from the community at large.”

The SBUSD is located in one of the most grid-vulnerable regions in California, the Goleta Load Pocket (GLP) — a 70-mile stretch of Southern California coastline from Point Conception to Lake Casitas, encompassing the cities of Goleta, Santa Barbara (including Montecito), and Carpinteria.

The area gets most of its power from just one set of transmission lines hung on the same transmission towers and routed through 40 miles of mountainous terrain that is highly prone to wildfires, mudslides, and earthquakes — making the GLP highly transmission-vulnerable.

“The District’s Solar Microgrids have been strategically spread throughout the Goleta Load Pocket to best serve the entire community during grid outages, including those resulting from high-impact disasters,” said Steve Vizzolini, SBUSD Director of Facilities & Modernization. “We will be positioned to support everything from emergency sheltering with food service to internet access and electronics charging stations.”

The District will now enter into contract negotiations with Engie, with contract approval expected in November and construction targeted for next summer.