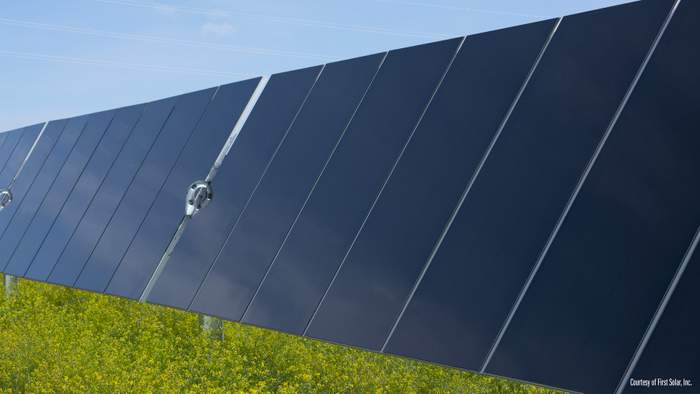 The project will be powered by First Solar’s proprietary thin film module technology, designed and developed at the Company’s research and development (R&D) centers in Santa Clara, California, and Perrysburg, Ohio. The technology is the result of over $1 billion in cumulative R&D spend, among the highest in the PV manufacturing industry.

Under the PPAs, both agencies will buy electricity from the Rabbitbrush Solar project developed by First Solar in Kern County, California. The 100-megawatt (MW)AC photovoltaic (PV) solar plant, scheduled to be completed in the second quarter of 2022, will also feature 20MW of battery storage capacity, capable of delivering electricity for 2.5 hours.

The PPAs are the latest to be signed by First Solar with CCAs in California, enabling the delivery of cleaner solar electricity to several communities across the state. While SVCE provides renewable, carbon-free electricity to 13 communities in Santa Clara County, MBCP sources clean electricity for the Monterey, San Benito, and Santa Cruz counties, as well as parts of San Luis Obispo county.

“The fast-growing CCA segment, with its base of environmentally conscious consumers, aligns well with our inherent emphasis on sustainability and our mission to lead the world’s sustainable energy future,” said Georges Antoun, Chief Commercial Officer, First Solar. “As America’s solar company, we are pleased to support MBCP and SVCE in powering communities with solar energy that is not only cost-competitive, reliable and efficient, but also has a superior environmental profile.”

When it is complete, the facility will generate enough electricity to power 45,000 average homes, while displacing 62,000 metric tons of CO2 annually, equivalent to removing 12,000 combustion engine cars from the road. The air quality benefits of the project will amount to more than $10 million in avoided healthcare costs annually.