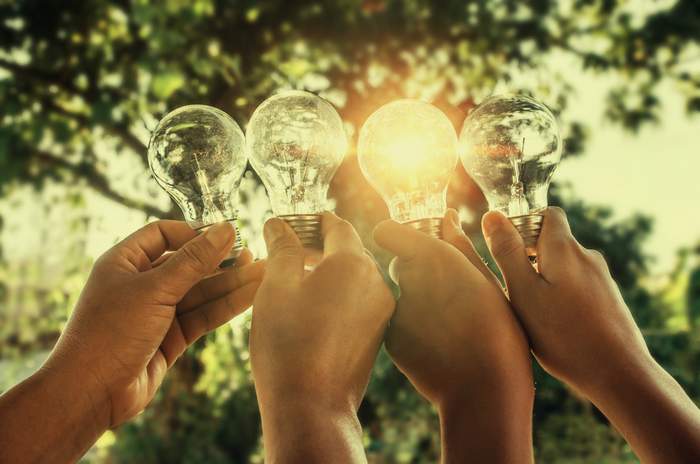 Renewable energy is widely considered to be an expensive, out-of-reach alternative for the average consumer. Solar power, in particular, has a bit of a reputation of putting a dent in one’s wallet. With benefits being more long-term than immediate, it’s hard for the middle- and lower-class to justify putting themselves in debt now to receive the rewards later. This issue makes solar much less common in low-income communities than elsewhere.

However, despite this reputation, there’s a lot more potential for solar to save people money than is commonly thought. And this potential could lie in the hands of utility companies.

In the state of Illinois, the 2017 Future Energy Jobs Act created a program with the goal of bringing solar and solar jobs to low-income and environmental justice communities. The program incentivizes developers at a higher rate than the state’s general solar program for installing solar in low-income areas and guarantees customers 50% savings compared to utility costs. And while they’re working on expanding this program, it’s still proven difficult for these communities to have easy access to solar because of institutional hurdles. Moreover, many states in similar circumstances don’t even have programs like this one.

The role of utilities

In comes a senior policy advocate at the Environmental Law & Policy Center, MeLena Hessel, who co-authored a guide to specifically help low-income households take advantage of solar at a policy level. The Low-Income Solar Policy Guide explains that “Utilities are in a powerful position to facilitate the transition to clean energy for all and can play a vital role in expanding solar access and choice for low-income households.”

MeLena Hessel emphasizes that when it comes to low-income households, solar is actually often the cheapest source of energy out there. This goes against what most people assume about solar panels. So, she wants to provide this information to offset the stigma and help these communities see that they can actually save by going solar.

One suggestion is community solar, which is when a group of people who can’t otherwise afford solar easily come together in developing solar, sharing the benefits. The guide advises developers to take the risk of developing community solar in less financially stable communities, rather than just focusing on making a profit.

The report also suggests that utilities let customers with solar panels donate any credit for unused solar energy to lower-income customers who struggle to afford their own installations. This way, the benefits of solar become a bit more reachable for people who otherwise wouldn’t be able to afford it.

“This is the kind of effort that can make a real difference in the lives of people all over the US,” says Jorge Ricalday, Marketing Director of Green Solar Technologies. Jorge sees first hand every day how difficult it can be to sell solar to lower-income communities who aren’t aware of the savings that solar can bring.

Green Solar Technologies is a solar provider that already works with utility companies all over the country to offer rebates, incentives, and tax breaks to homeowners switching to solar. Some states have better incentives than others, but even with these, there are still barriers. Programs like net metering compensate solar panel owners for the excess power they generate, but often only up to a certain threshold.

“The economic and cultural obstacles affect how homeowners view renewable energy alternatives,” Jorge continues, “and by implementing policies through the utility companies themselves, a wave of progress will be made that could change our country’s impression of solar energy.”

We know that homeowners can save money with solar energy, but when it’s already difficult to pay utility costs each month, it’s hard to bring people out of that cycle. Utilities stepping in and implementing ways to help customers directly, and for customers to support each other, may be the key to giving low-income people easier access to the benefits of solar.

This was sent over by Green Solar Technologies.