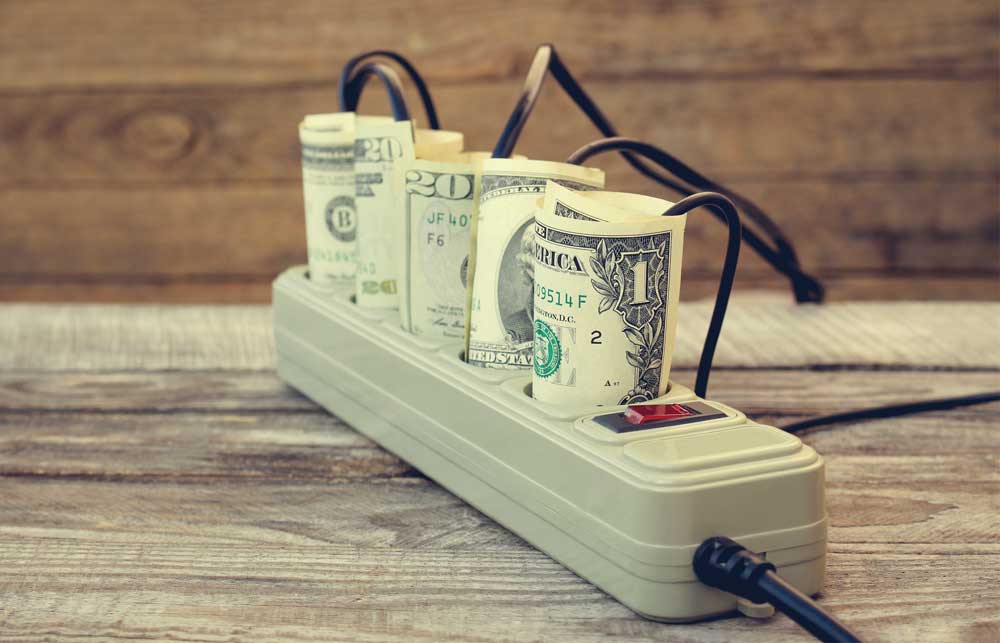 Net energy metering (NEM) policies play a crucial role in making residential solar installations a good investment for homeowners in the U.S., so it’s important that solar contractors have a clear understanding of them. This is particularly true now, as many utilities have begun introducing changes to their NEM programs that reduce the value of distributed solar.

Under standard net metering, all excess energy from the solar PV system is valued the same as energy consumed from the grid. This means that a customer’s excess production in the middle of the day can offset energy consumption in the evening. Tiered and TOU rates complicate the math slightly, but in general, exported energy has a 1:1 value as imported energy.

Recently, many utilities have closed standard net metering programs and introduced new policies that chip away at the value of solar. These programs often feature reductions to the value of exported solar energy and limits to how long excess production credits can be kept.

This article provides an overview of some of the policies that reduce the value of exported energy, based on a study that analyzed over 45 million scenarios to determine how these new programs impact solar customers’ savings across the United States.

Some utilities such as NV Energy have instituted a percentage-based reduction in the value of solar energy exported to the grid. Under these policies, customers lose a percentage of their credit for excess energy. For example, under a 10 percent reduction, if the rate schedule specified $0.20/kWh electricity price, then the customer would receive only $0.18/kWh exported to the grid.

Rather than tying the value of exported kWh to the retail electric rate, some utilities have implemented a flat export schedule similar to a feed-in-tariff (FIT). Unlike FIT compensation schemes, NEM customers on flat export rates net up their energy first (offsetting regular-rate usage from the grid) before exporting their excess energy, rather than selling all energy to the grid at a flat rate.

Not all PV production is reduced in value

It is important to note that solar energy used at the time of production in place of consumption from the grid is not affected by these rate changes, so customers who can align their production and consumption levels will be less impacted. The overlay graph of household energy consumption and PV production below illustrates this.

Customers are charged for the kWh area in blue (consumption from the grid) and receive no charge for the kWh area in green (consumption offset by solar). The kWh area in yellow indicates excess PV production that is exported to the grid; the hourly rules discussed earlier only change the credit rate for these kWh. Aurora Solar found that between 20 to 60 percent of the energy produced by a PV system is in excess of concurrent consumption.

Households with larger energy consumption and a larger PV array have production and consumption curves with similar characteristics to smaller buildings, simply scaled up. However, these homes are more affected by reductions in solar compensation because the number of kWh they export to the grid is higher. As a result, if a household consumes 18,000 kWh per year and offsets 90 percent of their energy from solar, they lose more credits to these new policies than a household that consumes 9,000 kWh per year with a PV system that offsets 90 percent of their energy. 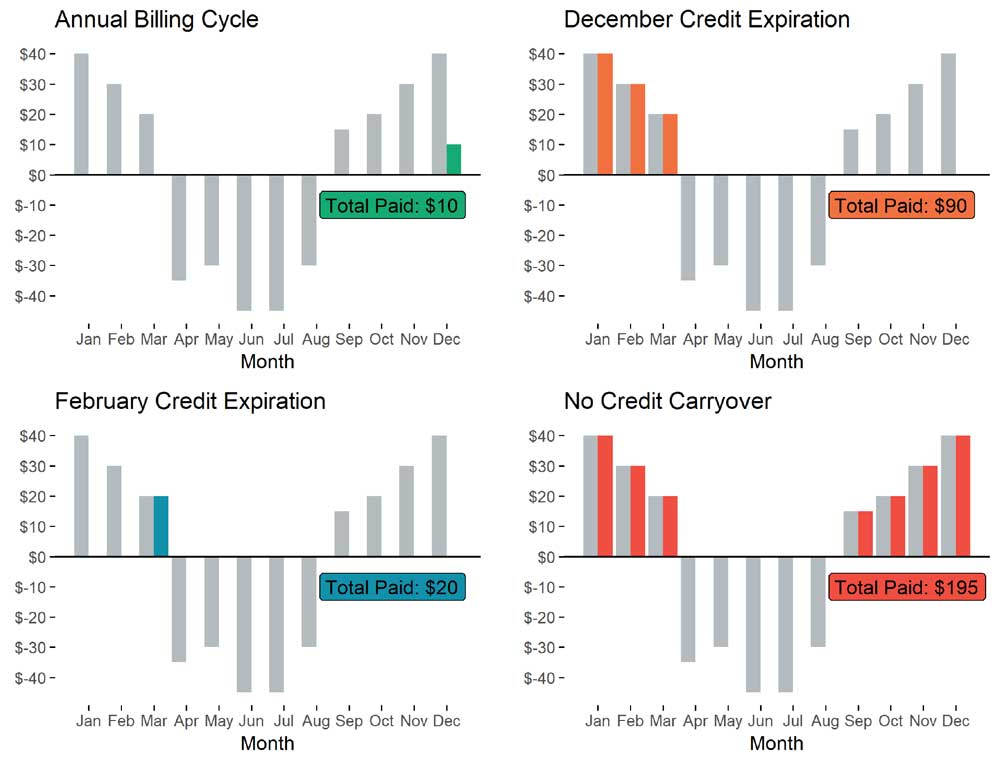 While NEM customers can typically take excess production credits from summer months and apply them to energy charges in winter months, most NEM programs have some form of credit expiration. The three scenarios are: annual billing, where customers pay a bill and balance out their credits only once per year; monthly billing with annual credit expiration, in which customers lose all of their excess production credits at the end of a specified month once per year; and monthly billing with no credit carryover.

The below charts illustrate how charges and credits play out for the same PV system under different credit expiration rules (ignoring fixed and minimum charges).

The net value of all the charges and credits amounts to $10 over the whole year, the lowest a solar customer could pay. The customer with an annual billing cycle pays only $10 since their excess credits can be applied to all other months.

The customer with February credit expiration gets to use their surplus credits in January and February as well, which cuts their bill to $20, almost as good as the customer with the annual billing cycle.

With no credit carryover, the customer pays for net usage in any month that they build up charges, amounting to $195 in our example.

As a solar contractor, it is important to be aware of the NEM rules in the customer’s local area to ensure that you accurately portray that customer’s solar savings. Solar software with tools for modeling utility rates and conducting financial analysis, like Aurora, makes this easy. For a more detailed breakdown of Aurora’s research findings on NEM policy changes, head to blog.aurorasolar.com.

Andrew Gong is a research engineer for Aurora Solar.