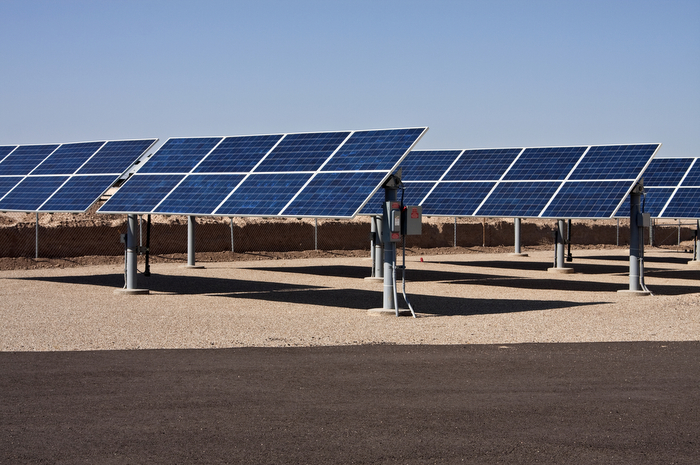 Seems like just yesterday that large-scale PV systems moved to 1,000 Vdc in the United States, but another sea change to the 1,500-volt system is imminent. The analysts at GTM Research believe the transition will begin in earnest this year, and so do many of the inverter manufacturers we surveyed at the end of 2015 (prior to the ITC extension).

“We are seeing considerable demand for 1,500-volt in utility-scale projects; however, 95 percent of demand is still for 1,000 Vdc products in the commercial and industrial [C&I] space,” says Natalie Holtgrefe, senior marketing manager for Yaskawa-Solectria.

This progression is happening naturally, but there was a school of thought that the ITC expiration was going to inspire a bigger push for 1,500-volt systems in order to bridge some of that 20 percent gap with a lower system cost. (According to the GTM report, raising DC voltage to 1,500 volts can increase individual component costs by up to 40 percent but reduce overall system cost through fewer balance-of-system components and lower installation labor requirements.) But now that the ITC has been extended, the aggressive 1,500-volt push may be scaled back somewhat in the C&I space.

RELATED: How inverters are changing PV systems with bundled services

Regardless, the 1,500-volt system is coming. Now, when 1,000-volt panels came to the U.S., BOS components lagged behind for a few years, but this time around, developers looking to install a 1,500-volt large-scale system shouldn’t worry as much about component supply issues.

“Supply-chain constraints and certification limitations for 1,500-volt PV components have been the most significant obstacles to date for 1,500-volt systems. However, these barriers have quickly dissolved, laying the groundwork for a market that will increasingly be made up of higher-voltage systems,” said Scott Moskowitz, analyst and author of the GTM’s 1,500-Volt PV Systems and Components 2016-2020: Costs, Vendors and Forecasts.

When we polled a majority of inverter manufacturers at the end of 2015, not many of them mentioned having a 1,500-volt solution just yet, but they all believed that 2016 was the year 1,500-volt systems would start to trend. Part of this response is due to the NEC 2017 draft, in which 1,500-volt inverters are expected to be limited to ground-mount only, which does shrink the effective market size of 1,500-volt inverters.

It boils down to longer strings and fewer components. DC voltages above the current 1,000-volt level are driven from an efficiency point of view, mostly due to lower line losses on the DC side.

“Given the circumstances, higher voltages will provide cost advantages for very large commercial to utility scale PV installations,” said Tristan Kreager, director of Solar Energy for Fronius. “Higher voltages lead to bigger units because of enhanced clearances for insulation purposes. There will be lower line loss on the DC side for higher energy harvest. A reduced number of strings leads to more simplified systems and slightly reduced installation cost that could sum up in bigger installations though. This translates to savings.” 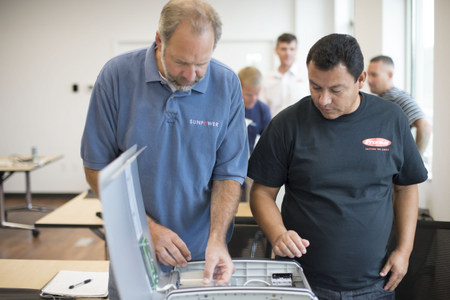 Training is even more important with a 1,500-volts system.

As much as the math may work out as to why these large-scale 1,500-volt systems provide more value, there are still unknowns. Right now, there is not a large supplier base for 1,500-volt modules, fuses or combiners, so it isn’t clear where the savings will settle. As such, a 1,500-volt system also involves pulling in new components to construct a new concept. Early adoption can have its headaches or unforeseen issues that aren’t a concern with proven systems.

“There will be a slow transition for DG after proven success in utility applications,” says Ed Heacox, GM, sales and marketing for CPS Americas. “No one wants to risk the 2016 surge with new platforms.”

“Demand for a 1,500-volt product is largely dependent on an integrator’s business model as well as its typical project profile,” says Brad Dore, director of marketing for SMA. SMA currently offers the Sunny Central 2500-EV, which provides 2,500 kVA at 1,500 Vdc. “Increasingly, manufacturers are releasing 1,500-volt compatible equipment, which is making the migration easier. Still, without uniform certification standards, growth will largely be dependent on early adopters with a belief in the technology. Although we cannot forecast or quantify the demand, we certainly believe the technology will provide cost savings benefits for many large-scale projects.”

“There are a number of limitations, such as safety concerns, electrical codes, costs and unknown effects to modules and PID [potential induced degradation],” says Lior Handelsman, VP of marketing and product strategy at SolarEdge.

As the voltage increases, the chance and effects of PID escalate. Chris Thompson, grid power business unit manager at Eaton, says even a minimal amount of module degradation will substantially overwhelm any cost savings initially achieved by the higher voltages.

“In some cases, the physics of this phenomenon are not fully understood,” he says.

Also, the higher the voltage of the system, the more training that will be required for installer crews.

“The gains in production have to be put into perspective of the additional efforts it takes to maintain system safety.” Kreager says. “Training and tools to work with higher voltage than 1,000-volt take considerable efforts. Components like wires, switchgear and power electronics need to be listed, in general become bigger as well as disproportional more expensive. As soon as economic feasibility is proven as well as availability of listed product is ensured, demand will rise in system voltage above 1000-volt.”

Some inverter/optimizer sources noted that the 1,500-volt value might be slightly overstated, too. Some inverter products on the market work on a fixed string voltage where string lengths are based on power and not voltage. SolarEdge DC optimized inverters already enable strings of up to 15,000 watts in commercial systems, which is about 2.5 times longer than strings enabled by 1,000-V systems.

We will have a more in-depth look at the value of a 1,000-V system that incorporates power optimizers in our March/April issue.