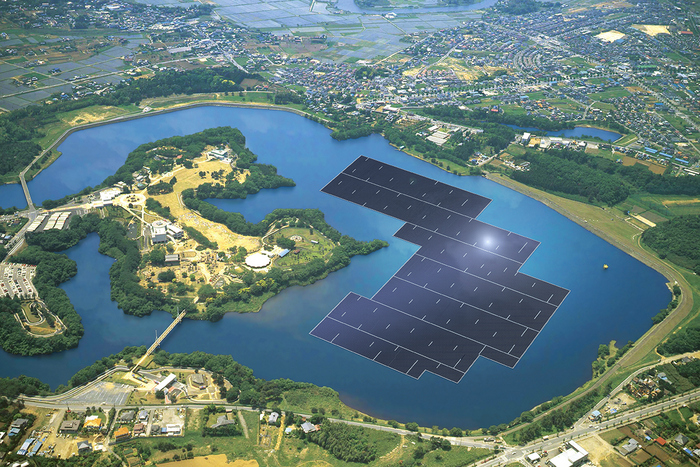 Scheduled for launch in FY2018, the plant will be comprised of approximately 51,000 Kyocera modules installed over a fresh water surface area of 180,000 sq meters. The project will generate an estimated 16,170 MWh per year.

The project was initiated in October 2014, when the Public Enterprises Agency of Chiba Prefecture publicly sought companies to construct and operate a floating solar power plant to help reduce environmental impact.
With the decrease in tracts of land suitable for utility-scale solar power plants in Japan due to the rapid implementation of solar power, Kyocera TCL Solar has been developing floating solar power plants since 2014, which utilize Japan’s abundant water surfaces of reservoirs for agricultural and flood-control purposes.

The company began operation of 1.7-MW and 1.2-MW plants in March 2015 followed by the launch of a 2.3-MW plant in June. With Kyocera Communication Systems Co., Ltd. responsible for construction and Kyocera Solar Corporation undertaking O&M (operation and maintenance) of these projects, the Kyocera Group is cultivating the technology and expertise to construct, operate and maintain floating solar power plants. Here is a map of what they’ve already done: 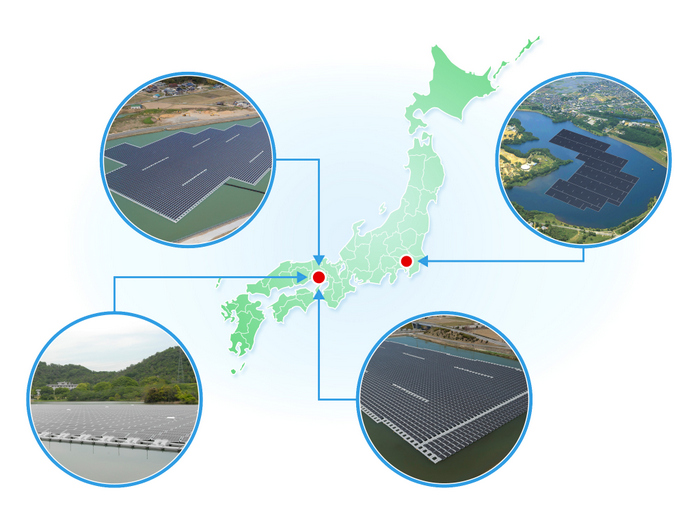