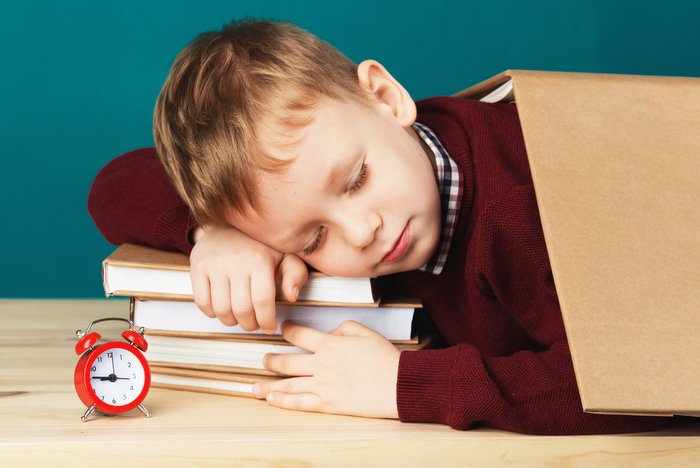 2020 – the dawn of the Solar+ Decade – kicks off with the official launch of California’s much heralded (and controversial) Building Energy Efficiency Standards Title 24 mandate that all new residential construction include a solar energy component. If you spent most of 2019 trapped in a well or waiting out the end times in a fallout shelter and missed this news – fear not – our Countdown to 2020 year-long news series will get you back up to speed.

Enter the Twilight Zone with me. Tomorrow, we wake up in a reality where solar energy is a standard component of all new homes built across the United States. Between that day and 2026, more solar energy capacity would be installed on just new homes than the entire U.S. currently has installed to this point. By 2045, solar installations on new homes alone would total 203 GW. Imagine the ripple effects.

OK, now wake up. That’s not the world we live in, but the day feels much closer, thanks to California’s new-build solar mandate.

“If the average system size for a new solar home is 3.5 kW [a rough guess based on minimum system size of 2.5 kW], the additional 65,000 installations will result in an additional 225 MW. Compared to the total current market of customer-sited solar in California of approximately 1,100 MW, this is an increase of 20 percent.”
My guess is after the results of California’s experiment, like skateboarding and West Coast IPAs, this cool new trend will work its way across the country and get us closer to that Twilight Zone scenario. To kick things off, let’s do a deep dive into everything notable about the Building Energy Efficiency Standards as they are written.

Part 2: Solar installers and the role of homebuilders 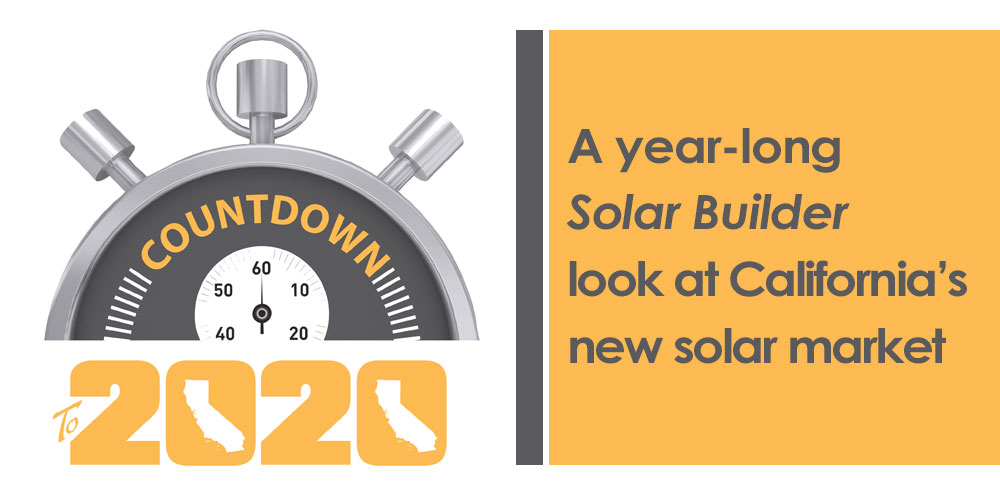 Regulations are seen as burdensome to business because they force changes in operations and profit margins. They restrict. Hoops to jump through. The inclusion of solar within the California Energy Commission’s 2019 Building Energy Efficiency Standards might feel this way to homebuilders. One more thing to do. One more cost that could hurt a sale. Maybe permitting and interconnection delays cause additional headaches.

On the other hand, this mandate instantly puts homebuilders in a position to install the lowest cost PV systems in the country and control a huge portion of the California residential solar market by 2030. Maybe an overstatement, but it’s a scenario that’s in play.

Part 3: How the roofing industry could take over solar installations

The U.S. Solar Market Insight 2018 Year-in-Review Report from Wood Mackenzie Power & Renewables and the Solar Energy Industries Association (SEIA) showed five consecutive quarters of modest growth for residential solar, with Q4 2018 being the largest quarter for residential solar in two years. The report indicated this wasn’t a random blip and indeed the rise of residential solar continued throughout 2019.

The reason is the structural market stability being built across the country, such as the diminishing influence of net metering. Up until now, any changes to NEM or rate structures would have created “demand pull-in,” but despite anticipated changes to incentives and NEM in 2019 to 2020, the major Northeast markets collectively saw no growth in installation volumes. As stated in the report:

“This suggests that while changes to NEM policy and other incentives have greatly impacted growth in years past, 2018 marks a year of market maturation. While strong NEM policy remains an essential foundation for rooftop solar adoption, future growth across legacy markets will require technology and business-model innovation to tap into new customer demographics.”

In part three, we explored the “technology and business-model innovations” that could keep this residential solar momentum going beyond California’s borders. This is where the $30 billion residential roofing industry could play a big role. NREL estimates there will be 3.8 million roof replacements in California between 2017 and 2030, conservatively 1.21 GW of potential annual capacity (2.44 GW if you want to get aggressive).
There are obstacles to be sure, but heading into California’s 2020 world, roofing companies bundling solar installations into their product offering seems like a no-brainer. Do leaders in the segment agree? Are we headed down this pathway?

Part 4: How California is both boosting and undermining its solar + storage future 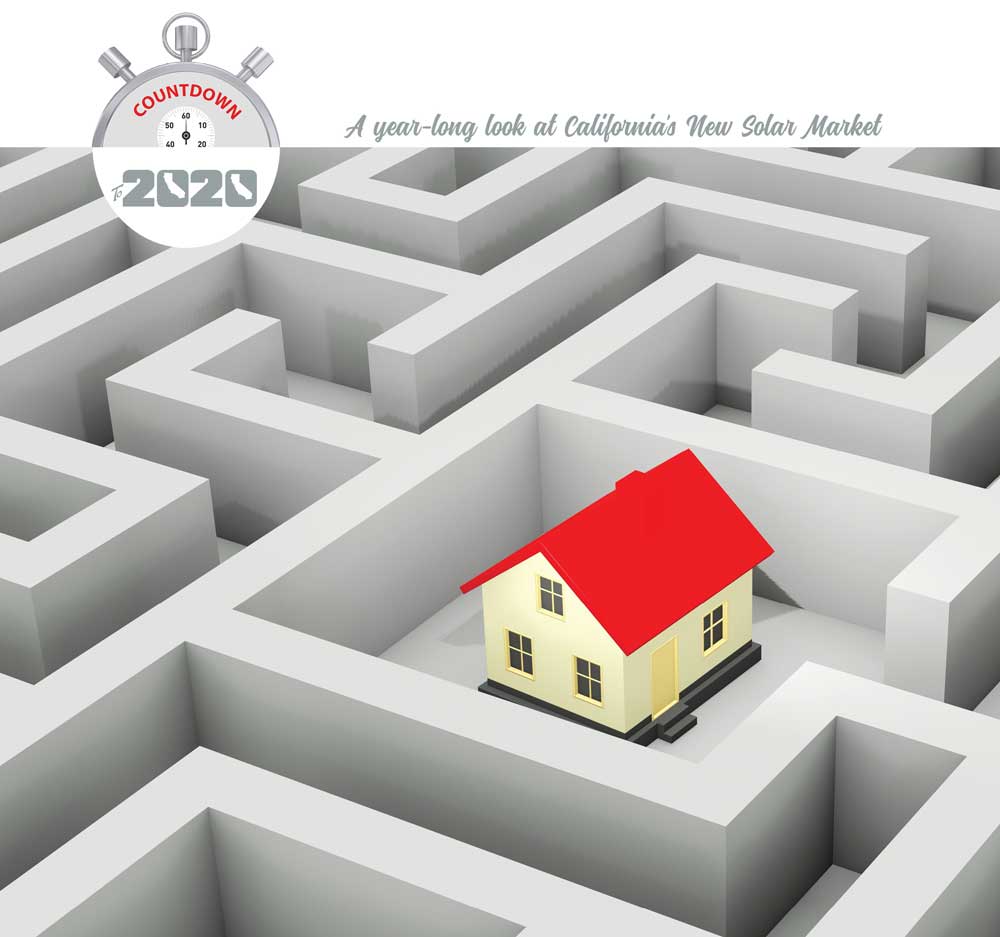 California has a vision for a widespread residential solar + storage market that would ultimately supplant PV-only systems in both effectiveness and return on investment and is currently assembling all of the pieces to bring it to life. Along with the new-build solar mandate (speakers at the California Solar Power Expo in April said they expect homebuilders to install a lot of solar + storage systems), there was the passing of SB 700. This bill reauthorized the state’s $800 million Self-Generation Incentive Program (SGIP) and new time of use (TOU) rates that shift on-peak times that create a stronger economic opportunity for pairing storage with solar.

Combine all of that with lower cost, quality batteries and — voila! — residential solar + storage can actually pencil out with a shorter payback period than PV-only does today. No, really, it can. Energy Toolbase calculated just that possibility here in 2019 after SCE implemented its new TOU rate structure in March.
Seemed exciting. We were ready to blare the trumpets in part IV of our Countdown to 2020 that a new solar + storage age was dawning and all solar contractors should prepare to capitalize. But after assessing the current reality a bit more, we found good news and bad news. And the good news is we didn’t waste time on trumpet lessons.

Part 5: What will all of this new residential solar mean for California’s grid planners?

When it comes to driving solar capacity, California is basically the overachieving kid in class who does all of the work and lets other slacker states glance at its test for the answers. Remember the state’s Million Solar Roofs program in 2007? It resulted in 3 GW of solar installed over a 10-year period while driving lower system prices to result in a steady, established solar market by the program’s end.

Being on the leading edge has its challenges though. Combine that solar mandate with the unknowns of the storage market, the influx of electric vehicle loads, existential cyber security threats and constant wildfire concerns and, well, the state’s investor owned utilities (IOUs) could probably use some CliffsNotes.

“We’ve turned everything on its head essentially, and now utilities are having to adapt in real time, while keeping the lights on. That’s a daunting challenge,” says Jen Szaro, VP of research and education at the Smart Electric Power Alliance (SEPA), a DC-based non-profit that works with utilities, regulators and solution providers to ensure a smart transition to a clean and modern energy future. “I know it’s easy to poke at that because it’s easy for them to make mistakes, or be too overly cautious. That’s why we see sometimes, in the name of risk aversion, some of these utilities taking a very conservative approach, and they’re getting dinged for that as well. And sometimes, rightly so. That’s a balance they each have to make.”

Here we focus on California’s grid concerns, the inherent conflicts between established centralized planning and disruptive distributed generation and some of the cool solutions emerging to help ace this next test. 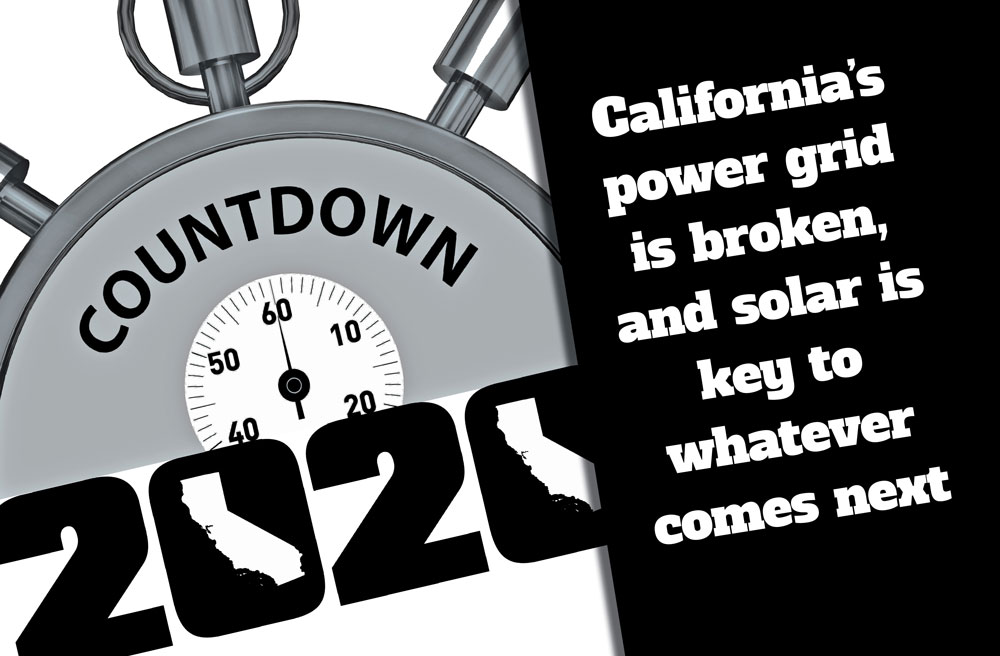 The solar mandate goes into effect right as California is grappling with how to ensure reliable, resilient power for all residents amid wildfires, Public Safety Power Shutoffs and utility bankruptcies while also trying to hit aggressive carbon reduction goals. California needs new solutions deployed, and it needs them fast.

This final part of our Countdown to 2020 series looks at the new models and technology emerging right along with California’s solar mandate to not just build new solar homes but to form the foundation of a more modern, resilient, flexible, sustainable energy framework.