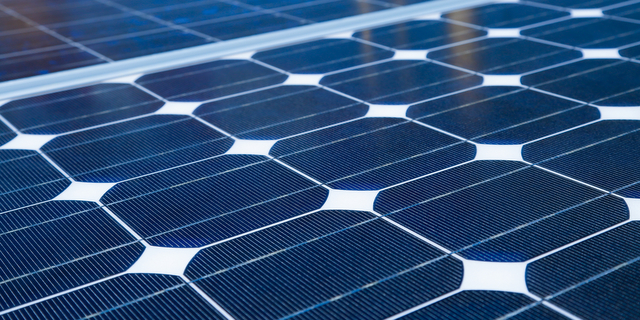 For our 2019 Module Buyer’s Guide (included in the Jan/Feb issue of Solar Builder magazine) we rounded up profiles on the newest modules on the market and also surveyed solar module manufacturers on the trends they are seeing and some of the new technology to watch. The seven insights are below, and you can check out the new products here.

Passivated Emitter Rear Cell (PERC) is a photovoltaic design that increases light capture efficiency by adding a passivation film at the rear end of the cell to capture scattered and reflected light. An obvious benefit of PERC technology is that it allows for high-power modules, and the more power a module produces, the more money that can be saved by reducing overall BOS costs. Using high-power modules can mean fewer panels, less racking, wiring, combiner boxes and reduced labor hours.

One step further, half-cut cells have reduced resistive losses, which makes them capable of boosting power output by another 5 to 15 W per module depending on the cell type. The shift to monocrystalline solar modules is accelerating faster than expected, with mono PERC to witness the largest market share increase. In 2017, half-cut cell solar panels took 11 percent of the global module capacity, and this share is expected to rise to around 35 percent by 2020.

The buzziest of buzzy PV module technology right now is some combination of mono PERC and half-cut cells with the innovative application of bifacial module design.

“Recent projects incorporating this combination dropped levelized cost of electricity so rapidly that the biggest barrier to grid parity for utility-scale photovoltaic plants is not the cost of technology but rather the soft costs related to grid integration, land, labor and legal fees,” LONGi Solar tells us, which has broken world records for PERC cell and module technology eight times since September 2017. “Better, more efficient products on the market will free up resources for other types of innovation in the solar industry.”

“The aim of the study is to accelerate commercial deployment of bifacial PV modules at scale,” says Tara Doyle, head of business development for DNV GL’s PV module testing lab [now PVEL]. “If proven viable through extensive performance and reliability testing, bifacial PV modules have the potential to become the preferred technology for ground-mounted PV installations around the world.”

Counter to the half-cut movement is the idea that chasing that extra bit of efficiency juice isn’t worth the squeeze, so to speak. Silfab Solar is taking a different approach, believing the tinkering with the glass size and cell cut of conventional mono and mono PERC technologies won’t result in enough efficiency gains. Instead, Silfab is focusing on the adoption of next generation technologies that could allow material gains in module wattage while maintaining attractive price points, such as metal wrap through (MWT) and interdigitated back contact (IBC).

Silfab says the practice of leading with a high priced premium brand and following up with a low price economy brand in price-conscious situations can lead to reduced revenues and margins.

“There are price effective premium brands that allow EPCs to standardize on a single module partner, recognize better revenues in cost-conscious scenarios (like larger system sizes) and recognize better margins on the remainder of the system in terms of premium value/wattage without premium pricing,” Silfab tells us.

Efficiency numbers in lab conditions and coming out of the box get the biggest headlines, but for an investment that degrades over its 25-year lifetime, it’s not the most impactful metric on its own. Other module lifetime considerations such as warranty terms, temperature coefficients and degradation rates are now winning the day in many segments but especially in residential. EPCs and installers that only look at one facet, such as price or rated DC capacity, are doing themselves and their customers a disservice. While those factors are important, selling certainty over 25 years is more valuable overall.

“Often we hear from our customers that they made the mistake of only looking at the price per watt when choosing a PV module,” notes the team at Trina Solar. “Then they found that they had increased operations and maintenance costs down the road, and that the company they had bought from is no longer around to honor the warranty. Unit cost is important to consider, but if you neglect to look at things like performance, quality standards and company bankability, you may end up paying for it later.”

In 2018, SunPower hit the industry’s lowest solar panel degradation rate, according to a calculation method developed in partnership with the National Renewable Energy Laboratory (NREL). When this method was applied to eight years of energy performance data from 264 SunPower solar systems operating at various locations worldwide, it proved that SunPower panels degrade at a median rate of 0.2 percent per year. The company’s P-Series solar panels will soon to be manufactured in America.

Value is often in the eye of the beholder, and as residential solar adoption widens and as the new build market explodes in California, aesthetics of rooftop panels will matter more and more. This is why all of the top residential module manufacturers now have an all-black version of their flagship product, which are often priced a tad higher.

Similarly, thin-film PV could be on the upswing in the U.S. residential solar sector. Swedish solar energy company Midsummer reports that it has received an order from Sunflare for equipment for the production of thin film solar cells worth over $7 million. Midsummer’s DUO system is one of the most widely distributed manufacturing tools for flexible CIGS solar cells in the world. Sunflare, with global headquarters in La Verne, Calif., is a provider of flexible mass-produced thin film solar products that are especially suitable for weak roofs and new roofs for private homes.

“The demand for our products in the U.S. has exceeded our expectations and we rapidly need to expand our production capacity with the help of our established partner Midsummer,” says Philip Gao, CEO of Sunflare.

The administration imposed steep import tariffs on virtually all crystalline silicon based solar modules in 2018. Additionally, many of the other materials used in solar panels now also face duties as part of a 10 percent levy on about $200 billion worth of Chinese goods that went into effect in September. The tax on these imports was expected to rise to 25 percent on Jan. 1, 2019, adding additional burden even to U.S.-made solar modules.

As a consequence of the tariffs, Solaria abandoned its plans of boosting production this year at its plant in Fremont, Calif. Due to capital expenditures imposed by the tariffs, the company was unable to expand its workforce in the U.S. as planned.

LG does not manufacture cells or modules in China, but it too was impacted by the tariffs in 2018. In response to this the company is committed to establishing a 500-MW production facility in Huntsville, Ala. Although this was in the works prior to the announcement of the tariffs, due to the strong market demand from the U.S. and LG’s desire to be closer to its customers, the tariffs certainly accelerated the process. The first modules manufactured in Huntsville will be rolling out in Q1 this year.