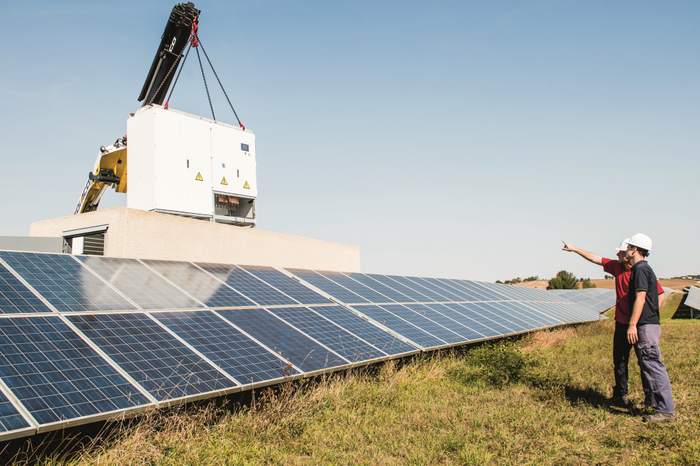 Operations and maintenance (O&M) is mostly about keeping the status quo of a solar plant. Fix issues. Prevent failures. Hit benchmarks. But in a tech-driven industry, is maintaining the status quo of a decades-old legacy site the best strategy? Many plant owners and operators are facing this question as their inverters (some from defunct manufacturers) age out of warranties and start breaking down. But there’s also ample evidence of wide-spread underperformance on newer sites caused by prematurely degraded PV panels and a host of other issues (like inverters just not living up to their spec sheet – we have a free webinar on this coming in April, presented by PVEL).

“The challenge that projects are facing is you have two opposing forces at work,” says Bernhard Schuetz, Head of LS PG Service for SMA Solar Technology AG.  “On the front end, a project needs to be cost-competitive, which creates a short-term race to rock- bottom pricing. Owners, however, need long-term security, which necessitates sufficient investment in O&M. Ultimately, a project’s financial model is worthless if it is plagued with failures or underperforms significantly due to ignored maintenance.”

So my question is: Should more solar plants consider upending the status quo and invest in repowering early rather than later? Generally speaking, asset owners would say yes. There is plenty of interest in seeking solutions to correct performance issues. The challenge, particularly for smaller developers, IPPs and investors, though, is one of capital.

“In many cases, there is a significant capital investment needed to even replace a failed inverter,” says Hanan Fishman, president of Alencon Systems, which specializes in large-scale DC optimizers. “That capital needs to be allocated, and in many cases no such allocation or accrual has been made. This can make actually deploying and implementing a repowering solution a real challenge.”

As stakeholders hunt for capital, assets are left to languish. But the thing is, capital is out there, it’s just more attracted to new construction – despite the fact that repowering projects can have big returns on investment when compared to new asset construction. This isn’t typical, but it demonstrates the case: Just by installing DC:DC optimizers in a repowering effort at a site suffering from potential induced degradation, the plant’s production by 20 percent.

“Depending on the problem the asset owner is looking to solve, the metrics for measuring effectiveness can be very different,” Fishman says. “Of course, at the end of the day, that measurement all boils down to ROI, but the inputs to that equation can be very different. The main questions to ask are 1) What is the problem you are trying to solve? And 2) Can you quantify how much this problem is costing you?”

There is a middle ground emerging here, in which repowering investments are budgeted / planned for from the start. Schuetz says repowering is indeed a relatively new and small market, but it is growing, and it is growing in part thanks to stable power electronics companies. Combining its Engineering Services with its deep portfolio of central, modular and string inverter technologies, SMA can proactively bundle complete repowering solutions at the outset.

“We are uniquely qualified to help power plants modernize,” Schuetz says. “Further improvement can be accomplished by adding new features together with new technology, such as the possibility to add storage systems or participate in merchant market schemes.”

To Schuetz, repowering should be a planned component of an O&M strategy, but that is often not the case in the race to drive cost from a project. In these cases, SMA consults with the site owner to determine if repowering can be financially viable. Through those discussions, the customer can select the SMA service model that will pair best with their ability to manage the plant moving forward, as well as choose a technology solution that will return the plant to profitability.

This can include full-wrap O&M services that account for a variety of risk-sharing scenarios, essentially matching an owner’s performance model with SMA’s supplemental services.

“Repowering does not necessarily mean that we need to take out a complete site and do month-long work, but rather repowering offers a solution for uninterrupted operation if it is done in a step-by-step approach with partial repowering,” he says. “This way the owners can also verify the results on a smaller scale before having to make a more impactful decision.”

For example: SMA America signed a service agreement with Brookfield Renewable pertaining to an extensive 1 GW solar portfolio consisting of over 500 solar facilities across North America. SMA is supplying a comprehensive scope of services under a fixed price, focused on maximizing energy production and revenue creation. It is an innovative framework that shares risk and opportunity between the two organizations.

“SMA believes a project that fully accounts for all aspects of O&M at the onset, will contain less risk and provide more value,” Schuetz says. “Allocating resources upfront to support the long-term health of a plant is more cost-effective than scrambling to fix problems under emergency conditions – and it is certainly less stressful too.”

“Repowering an existing plant’s performance to me gets to the heart of renewables,” concludes Fishman. “The whole idea of renewable generation is to create a sustainable energy infrastructure. It seems antithetical to focus on building more capacity if we have older plants that are underproducing or falling into disrepair. What does that say about the future outlook for our industry?”